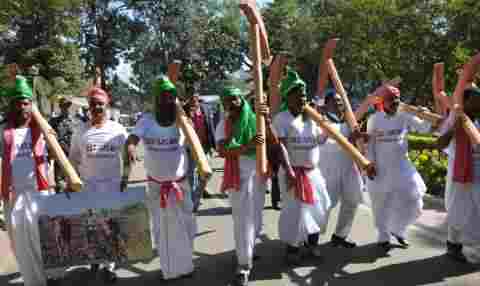 The form of protest took a swipe inside the Jharkhand Assembly premise in Ranchi on Tuesday when the Opposition party leader Hemant Soren and several Jharkhand Mukti Morcha (JMM) MLAs held a plough in their hands.

In fact,they did so to gain headlines on the issue of their protest against the amendment of Chhotanagpur Tenancy (CNT) Act and Santhal Pargana Tenancy (SPT) Act by the Raghubar Das government.

Though the Bill was approved by the state Assembly,Jharkhand Governor Draupadi Murmu had not signed it.If the Bill becomes part of the Act,tribal land can be acquired for ‘development’ purposes.

“This is not development.It is destruction of tribals.We will not let this happen”,said the JMM leader and Ex CM Hemant Soren.