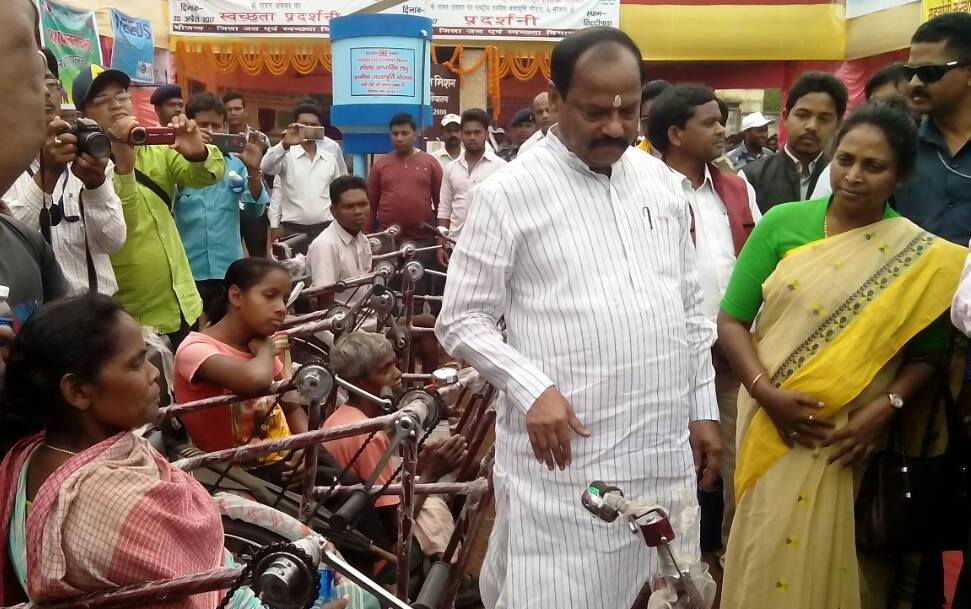 The Yojna aims to provide drinking water facility to people of Littipara and its adjoining areas in Santhal Pargana in the next three years.

As per the plan,pipelines are going to be put up and drinking water supplied to villagers many of whom who have been suffering from untold miseries due to lack of water there.

'The state government is committed to provide fine drinking water to villagers",said the CM who inaugurated in all,Rs 240.77 crore development projects there.

In addition,the CM who was accompanied by Minister Louis Marandi laid foundation stones of other Rs 40.77 crore development projects.Alongside,the CM launched Postal scheme for the  poor tribal groups and gave a push to the state education department's ongoing scheme at Littipara Block office under the caption -School Chale Chalaye-to end the problem of illiteracy in Jharkhand.