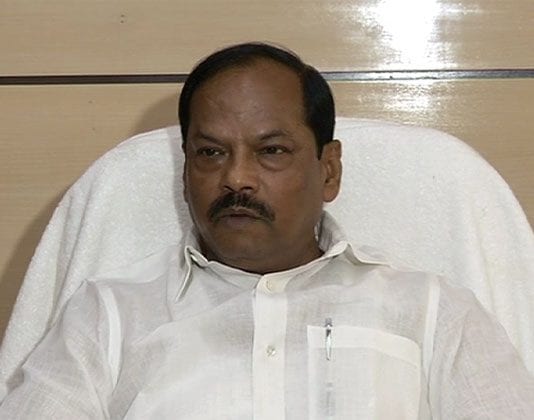 With the one- day session of the Jharkhand Assembly slated to take place on April 27,the BJP government led by Chief Minister Raghubar Das seems to be in trouble.

The opposition parties have joined hands to raise a joint demand to protest against Das's uncalled for statement against ex CM and supremo of the Jharkhand Mukti Morcha Shibu Soren.Das had, in a public meeting, told the people in Sikaripara in Dumka on April 18 that how long they would back Shibu Soren?

Das had further said that both the father(Shibu Soren) and son(ex CM Hemant Soren) have been 'duping' the people(read tribals) in Santhal Pargana  and had been doing politics on the issue of ‘jal(water), jungle(forest) and zameen(land)’.

Now,as the session is going to take place only to provide passage of the State Goods and Services Tax (SGST) Bill, a prerequisite that all States in the country must follow before the implementation of a uniform GST starts nationwide from July 1,the opposition parties have sought unconditional apology from Das publically.”Apologise or face statewide protest”,said Hemant Soren.

Though Das has preferred to remain quiet over the issue,opposition leaders were loudly vocal against him.There is another major set back waiting to erupt against  the CM and his government in Jharkhand.

This was over  amendments to two laws – Chotanagpur Tenancy Act, 1908 (CNT Act) and Santhal Paragana Tenancy Act, 1949 (SPT Act) – passed by the Assembly without any debate on November 24,2016.As per the law,to make amendment an Act,the Governor has to approve it.

However,in  view of the Assembly passing the Tenancy Bills without any discussion and all opposition parties protesting against it across the state,Jharkhand Governor Draupadi has held a series of meetings with different groups of people,their leaders,recorded their opinions  and decided not to approve these Bills,it is learnt.

Which means that the office of Governor Draupadi Murmu is going to return the Bills to the Jharkhand Assembly for ‘reconsideration.’This despite the fact that Governor Murmu,who has gained a positive image in public,belongs to the ruling BJP.

Yet,while Governor’s decision is bound to be welcomed by opposition parties who have been protesting against amendments introduced in two decades-old land laws,it is going to serve as a sharp slap on Das’s face.

Moreover,his government has been facing serious charges of ‘mis-goverance and failure to deliver during the past almost three years of its rule.This has made many ruling BJP leaders feel hurt."We feel sad that this government has harmed the party badly",cribs a BJP worker."In this state this government is spoiling the image of our great leader leader Narendra Modiji."

Apart from suffering from untold miseries due to continuity of old  problems due to shortage of electricity,water and potholed roads in cities and villages across Jharkhand,Adivasis appear to be fuming against the Das government.

So much so that in this belt of the country where primordial sentiments count,none of the ruling BJP Adivasi MLAs and MPs have spoken in favour of the policy and statements of Das who was non Adivasi, and who was considered as 'outsider' only because he was born in Chattisgarh.

”We feel the party has lost support of Adivasis in our state(Jharkhand)”,said a senior BJP leader preferring anonymity.Seriously enough,though the Das government has spent over Rs 150 crore on its programme- 'Momentum Jharkhand', inviting investors to set up industry,not one industry was set up in the state till date.