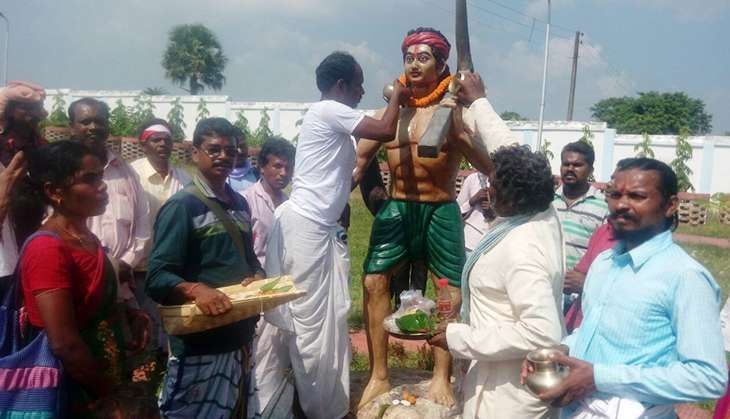 With JD(U) supremo Nitish Kumar and BJP leader Sushil Modi taking oath as CM and Deputy CM of Bihar respectively,the scene of politics has changed in Bihar indicating political system can change in Jharkhand as well.

In any case,the worst affected is the Opposition UPA.It  comprises Congress led by Sonia Gandhi and her son Rahul Gandhi and RJD led by ex CM Lalu Prasad Yadav and his sons,daughter and wife Rabri Devi.They are expected to find themselves out of power with little hope to gain mileage in the forthcoming general Lok Sabha elections in 2019.

The impact can be visible in Jharkhand too.

The JD(U)’s ally is Jharkhand Vikas Morcha(JVM) led by ex CM Babulal Marandi.Bihar CM Nitish Kumar had worked with Marandi in Ranchi,Dhanbad and Jamshedpur.They had held meetings and conferences.That time they belonged to the Opposition UPA.

Now,with  JD(U) joining ruling NDA,the UPA is bound to suffer.The RJD led by Lalu Prasad is going to try to strengthen the UPA.But he and his family members have a huge challenge to confront in the court in a series of cases.Result?

Lalu Prasad may not be able to add colour to RJD,what to talk about polishing the UPA.No body expects UPA to gain grounds under the leadership of Congress’  Sonia-Rahul.As such,other regional parties such as the JMM can flex muscle and the Congress will have no option than to get guided by them.

Even JVM has to look for ways to survive and fly in the emergent scenario.Every body knows that the JVM and JMM were always at logger heads.Against the backdrop of JD(U) having switched side and joined hands with BJP,JVM supremo Babulal Marandi has to look forward.At this moment,his statement that ‘politics in Bihar is different than Jharkhand’, makes little sense.He has the capability to rise and shine and affect the ongoing politics in Jharkhand.

Among the ruling BJP legislatures,there were many MLAs who have been opposing the leadership of Chief Minister Raghubar Das.In fact,Das was facing the charge of ‘mis-governance’ and his ‘failure’ to gain support of all sections of the society.

Since many Adivasis MLAs and MPs had opposed his decision to amend the tenancy acts-including Governor Draupadi Murmu who had without approving them returned the amendment tenancy bills- the ruling BJP can not afford to ignore them.

After all,more than 27 percent of the state’s total population comprise Adivasis.

Against this backdrop,the BJP high command can explore ways to bring Babulal back to BJP.The gainer can be both BJP and Babulal!