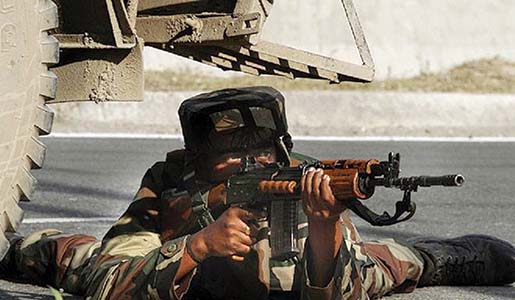 However,civil society is facing many types of terrorism.In fact,the State agencies have defined terrorism.Yet different countries have a different version of terrorism. While each definition is a bit different from the other,the theme is constant.

These themes include premeditated terrorist acts,each motivated by some political or other social agenda.As it is,terrorists generally target non-combatants or civilians and are generally sub-national or clandestine groups. The configuration of terrorist groups is generally dependent on one's environment, relationship with the State, motivation and or goals.

The 8th report on terrorism in India published in 2008 defined terrorism as the peacetime equivalent of war crime. An act of terror in India includes any intentional act of violence that causes death, injury or property damage, induces fear, and is targeted against any group of people identified by their political, philosophical, ideological, racial, ethnic, religious or any other nature. This description is similar to one provided by the United Nations' in 2000.

The PM Modi prefered not to mention it in his 55 minute speech from the Red Fort on the 70th Independence day.This makes little difference since the history of modern terrorism began with the French revolution.It  has evolved ever since.

The most common roots of terrorism are culture clashes, globalization, religion, Israeli-Palestinian conflict, or the Russian invasion of Afghanistan. More personal or individual-based reasons for terrorism are frustration, deprivation, negative identity, narcissistic rage, and/or moral disengagement.

If generalized, there are five types of terrorism-.

*Dissent terrorism, which are terrorist groups which have rebelled against their government. These are those factions of population that demand to be heard. When their voices fall on deaf ears, no authority makes an effort to redress their demands, out of sheer frustration, these people pick up gun and walk on the wrong path.

*Terrorists and the Left and Right, which are groups rooted in political ideology, like we see Maoism and Naxalism in our country. These groups take up arms to force their political will on the masses.

*Religious terrorism, which are those groups which are extremely religiously motivated. In India, under the garb of customs and traditions many things happen that are clearly act of terrorism like opposition to inter caste marriages, khap panchayats, honor killings, female genital mutilation, female feticide etc. Aggression and non tolerance shown by the members of major religious group can also be placed under it.

*Criminal Terrorism, which are terrorists acts used to aid in crime and criminal profit. Narcotics, human trafficking, smuggling etc can be covered under this. A new section here to be added is Real estate, where for monetary gains, people are terrorized to evict their places, or their houses, shops, fields are snatched away of some measly amount.

*Terrorism from across the border, this is sponsored by the neighboring countries wanting to create instability and destroy the peace in the Nation. Pakistan and Afghanistan are classic examples of it.

*State terrorism, which consists of terrorist acts by a state or government. This is by all means the worst kind of terrorism as no one can raise voice against it, citizens are afraid to express their opinion. Any dissent is quickly and effortlessly neutralized as State is powerful with entire machinery at its disposal. According to former Director of CBI, D.R Kartikeyan, a terrorist is a person whose worries are not addressed by the state. The bureaucrats can play a positive role here by addressing the grievances of the masses by hearing them patiently and making an effort to redress them
India is one of the worst hit countries when it comes to Terrorism as all the above mentioned types are present in our nation and the impudence is that the state leaders including the PM Modi claim that they take credit in making terrorism a Global Agenda. Terrorism can be stopped and wiped out completely.