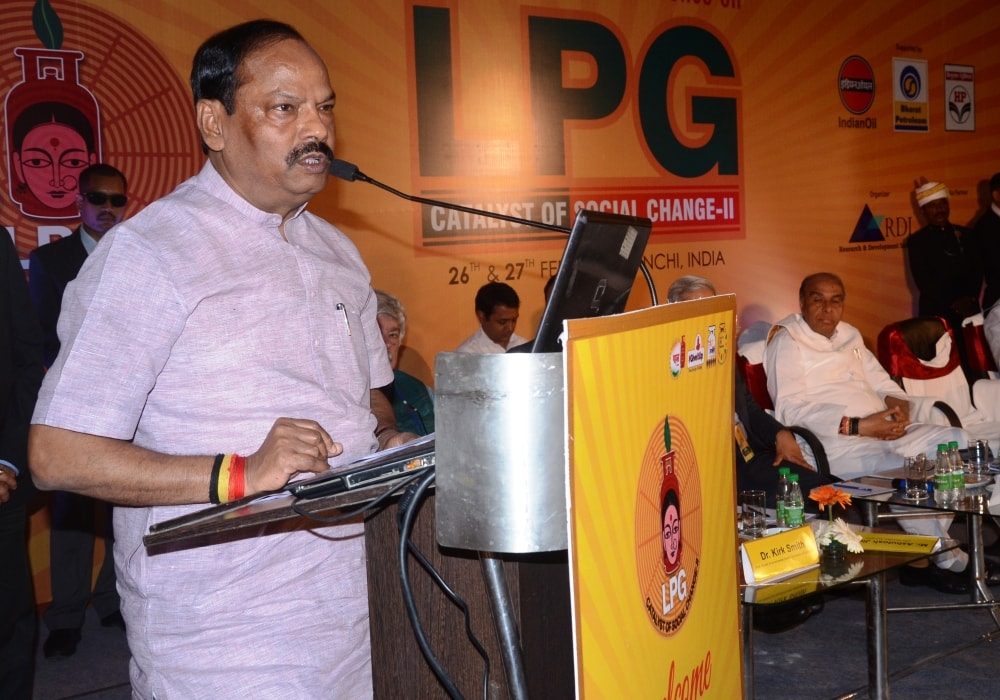 The Jharkhand government will complete the goal of delivering LPG connections to every poor family of the state prematurely. In 2018, a target of providing LPG facility to 15-16 lakh poor families has been taken. Also the first refill and stove will be given. Along with getting the connection of LPG, there will also be a significant change in the lives of these poor people. Chief Minister Raghubar Das has said these after inaugurating the LPG Catalyst of Social Change Conference held in Radisson Blue. He said that in the direction of giving clean fuel, the State Government is moving with step by step with the Petroleum Ministry.

The Chief Minister said that Prime Minister Narendra Modi appealed to the affluent people of the country to leave LPG subsidy. 2.5 million People left subsidy. Its benefits are available to the poor families. More people still need to leave subsidy. I appeal to people to spread awareness about leaving LPG subsidy. From this, the poor will get the benefit of LPG connections. He said that there is a lot of coal in Jharkhand. There is a great possibility of producing coal methane gas. Petroleum Minister Dharmendra Pradhan has started this in Jharkhand. Through coal methane gas, Jharkhand can make its own identity in the whole world.

Union Minister of Petroleum, Natural Gas and Skill Development and Entrepreneurship, Dharmendra Pradhan said that Jharkhand has done a very good job in giving LPG connection. Jharkhand is the first state in the country where stove and first refill is free with LPG connection. Even after being a backward state, the poor families associated with the Ujjwala scheme are making an average three refill annually. This is a huge achievement. Given the success of the Ujjwala scheme this year, the central government has increased the target of free LPG connection from five crore to 8 crore. This goal will be achieved by March 2020. So far it has been reached up to 3.40 crore households. To provide clean fuel in Jharkhand's Ranchi, Jamshedpur, Dhanbad and Bokaro, soon the LPG gas will be made available through pipelines. Coal methane gas will also benefit industries and transport industries with the domestic consumers of the state.