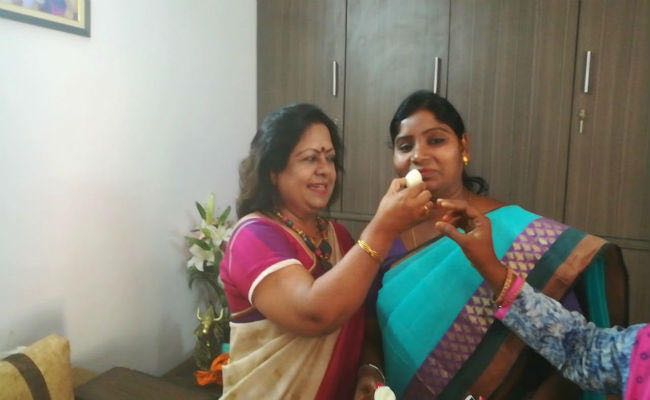 *image by Ratan Lal showing Asha Lakra of BJP being offered sweets on her winning the municipal polls.

In Santhal Pargana, the BJP has suffered a jolt. In Dumka, the independent candidates have won the posts of Mayor and Deputy Mayor.