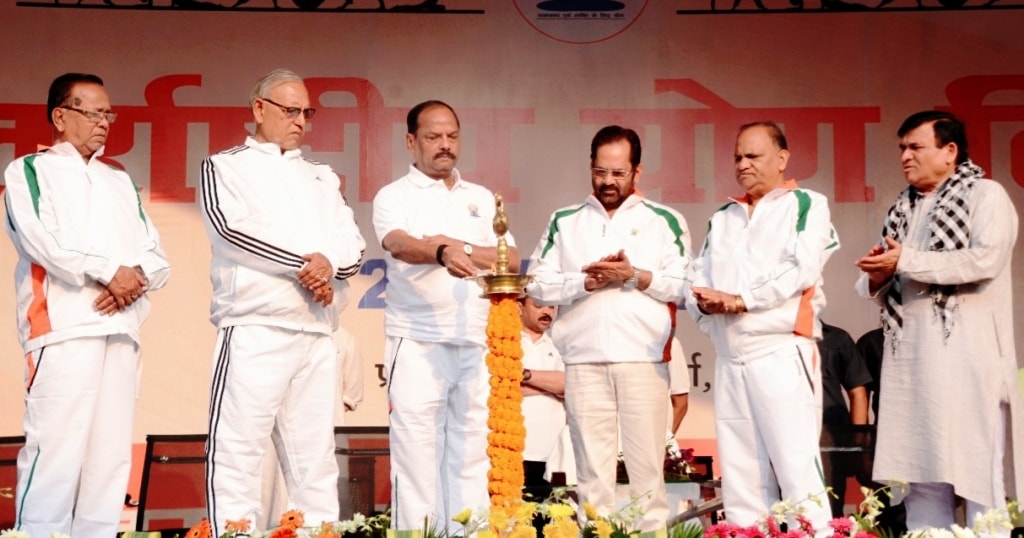 In the main function held on the occasion of International Yoga Day at Prabhat Tara Ground, Ranchi, Chief Minister, Raghubar Das said that through yoga, India is giving a message to the whole world to be healthy. He gave wishes to all the people of Jharkhand of International Yoga Day and said we will make healthy Jharkhand. The Chief Minister said that man is not only a body but mind and spirit. Yoga gives peace of mind and soul along with the healthy body. It is also a true medium of happiness. The Chief Minister said that the country's Prime Minister has given official recognition to yoga in the whole world and now it is being practised around the world.

On this occasion, Union Minister of State for Minority Affairs, Mukhtar Abbas Naqvi said that Yoga is the golden key to lead a healthy life. Every Indian is proud of the initiative of our Prime Minister for the whole world is accepting and practising yoga which is a decade old achievement of our country. He said that Jharkhand Chief Minister Raghubar Das himself practices yoga and is the source of inspiration for all of us.

On this occasion, the State Health Minister, Shri Ram Chandra Chandravanshi said that the nation is building through yoga and goodness in life is getting encouraged. The world is understanding the importance of meditation.
The Chief Secretary of Health, Nidhi Khare, welcomed everyone at the main function and appealed to make Yoga a part of the daily life.