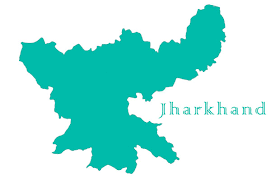 Scheduled Tribes, Scheduled Castes and Backward Classes are facing problem in taking loans to start their business. Seeing the problem, the government has set up a finance corporation. There is a need to spread awareness in this regard. Distribute loan by putting Welfare Department camp. This will propagate the scheme. Chief Minister Shri Raghubar Das gave the above instructions to the officers. He was holding a high-level meeting in Project building.

The Chief Minister said that the aim of the government is to raise the standard of living of the people of every section. Young people want to do business. But due to lack of financial support, they cannot be successful. Financial help will make it easier to start a business. They will also be able to provide employment to many people.

The Chief Minister said that bank do not give loan easily to youths of tribals and backward classes. In view of this, the Finance Corporation is formed. But they are not able to take advantage of it. If needed, the government will give more budgets to the corporation. No youth should be unemployed in the absence of capital, it is our endeavor. The poor-tribals pay debts. There is nothing bigger than self-respect for them. So far there has been only politics in the name of poor. But no one has taken care of them. This government will help these young people to be independent.