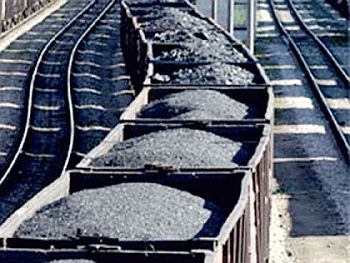 The blockade agitation launched by Jharkhand Vikas Morcha has paralysed the dispatch of coal from Panem coal mines to plants of Punjab Electricity Board,threatening power crisis is Punjab and Harayana.JVM in league with a section of the Congress led by former Dy CM Stephen Marandi and ex MP Furkan Ansari had launched agitation demanding implementation of rehabilitation of the people who were displaced by the Panem project in accordance with the agreement reached between the company and the people.

Panem,a private company,supplies 22,000 tonnes of coal from Pachuwara mines in Pakur to PSEB’s three thermal power plants in Punjab.The power genetrated by them is supplied and distributed in Punjab and Haryana.

As it is,if the supply remained suspended,Punjab and Haryana can slip into a major power crisis.

Aware of it,Chief Minister Arjun Munda has asked the district administration in Pakur to intervene and end the agitation.But with the agitationists having their own political agenda,the possibility of withdrawal of the blockade looks dim.