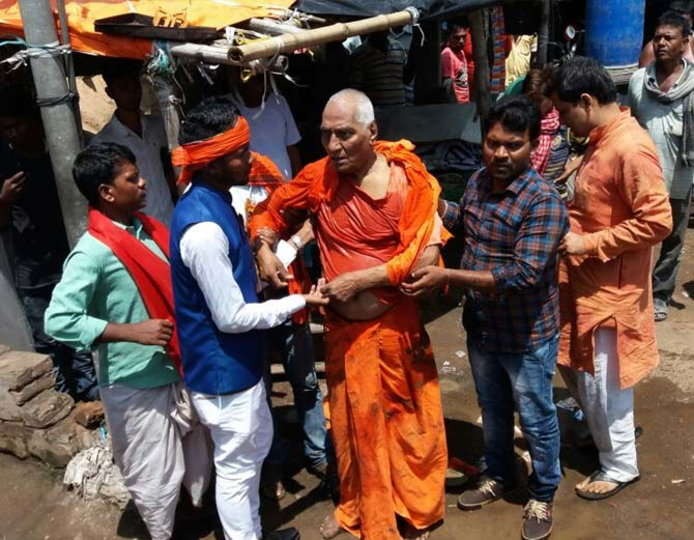 Social activist Swami Agnivesh was beaten up allegedly by the BJP Yuva Morcha workers in Jharkhand’s Pakur on Tuesday.

The activists raised slogan against him and showed black flags before attacking him.

This is not the first time, Swami Agnivesh has been attacked publicly. Earlier in 2011, Agnivesh was assaulted at a public meeting by Mahant Nityanand Das over his comments on Amarnath yatra.

Agnivesh had allegedly said that he “does not understand why people go for such yatras” and had termed the formation of the Shivlingam inside the Amarnath cave shrine a natural phenomenon.