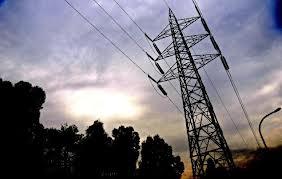 Former chief minister Babulal Marandi’s dharna launched in Pakur,has brought forth a fresh lease of criticism against him and his colleagues of going all out to paralyse the dispatch and supply of coal.“By launching dharna and blockade Marandiji may be aiming to gain footfold in Santhal Pargana.He may have paralysed the supply of coal.But since this kind of disruptive politics is against the interest of the state and the country,we are against it.We will expose him very soon”,said Sudhakar Murmu,secretary of Sathal Samaj,in a press release today.

Leaders of different organisations of the tribals in Santhal Pargana were a divided lot.While a handful of them owing allegiance to Marandi had backed him,many others were opposing his move.Even the dominant faction of the Congress led by its state unit president Pradeep Balmuchu was opposed to his dharna.

Marandi had launched the dharna and blockade demanding rehabilitation of the people who were displaced by the private company Panem coal mines.Panem supplies nearly 22,000 tonnes of coal from its Pachuwara mines in Pakur to PSEB’s three thermal power plants in Punjab.The power genetrated by them is supplied and distributed in Punjab and Haryana.

Eversince Marandi’s agitation started last month,the mining,dispatch and supply of coal had come to a halt.This had strained these PSEB run plants leaving them with no alternative than to cut their generation capacity.

The company had held a meeting with the displaced people and promised to implement the rehabilitation plan in accordance with the agreement signed between it and them.But with Marandi remaining recalcitrant,the stalemate continued.

Now,Marandi had threatened to intensify agitation blaming the state government for not ensuring implementation of the rehabilitation plan by the company.As per his party-Jharkhand Vikas Morcha’s announcement,its workers will stage dharna in the districts headquarters acroos the state on December 4 followed by economic blockade from December 7-8 in Pakur.

Alongside,the displaced people under the banner of Rajmahal-Pahar Bachao Andolan-had filed a petition seeking the Jharkhand High Court’s intervention to get the rehabilitation plan implemented by Panem.”The plan was not implemented as per the agreement”,alleged the petition.

Responding to this agitation,chief minister Arjun Munda had asked the district administration to intervene and end the agitation.Toward the same end,the state administration had posted Avinash Kumar as commissioner Santhal Pargana.Kumar is slated to take charge on Monday.