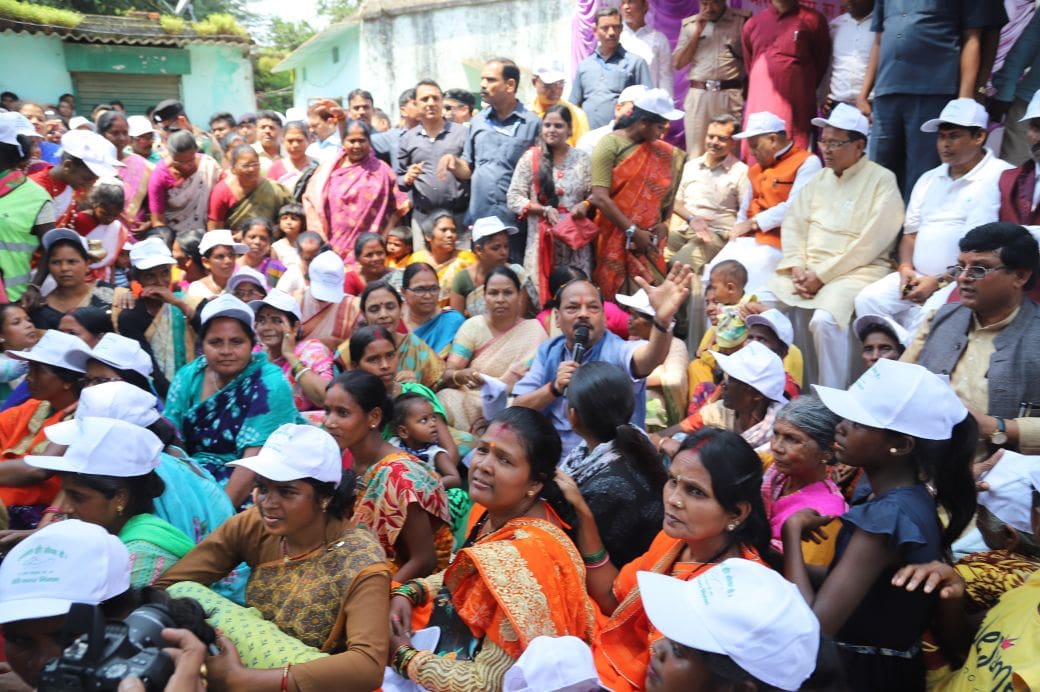 CM Raghubar Das said that the Jharkhand government would impart three to five days training to the cleaners and get them in the category of skilled labourers. After this, their remuneration would be Rs 7053 per month which is 6612 rupees per month at present. Along with these, all the labourers in the unorganized sector will be made skilled. The said announcement came after the launch of the Service day program in Bandhgadi, Ranchi.

The Chief Minister said that it has been decided to keep the cleaners in the category of workers engaged in construction work. He said that they would be able to get registered in the labourer welfare scheme for10 rupees. After this, they will be entitled to receive the amount of up to four lakh rupees in case of death, accident etc. They will have to deposit a sum of 100 rupees in the welfare fund every year.

Chief Minister said that my government is committed to providing welfare, development and respect to the workers. I have great respect for labourers and cleaners. All of the manpower should be respected. The government is providing social justice as well as economic justice to all unorganized sector workers, poor, neglected, scheduled castes, scheduled tribes, backward classes. My government is a government serving poor, labourers, cleaners, and backward people. The development of every single person in Jharkhand is my goal.

The Chief Minister said that on September 23, Prime Minister Narendra Modi will start the world's largest health insurance scheme Ayushmann India from Jharkhand. In this, health insurance of five lakh rupees for every poor family will be insured.