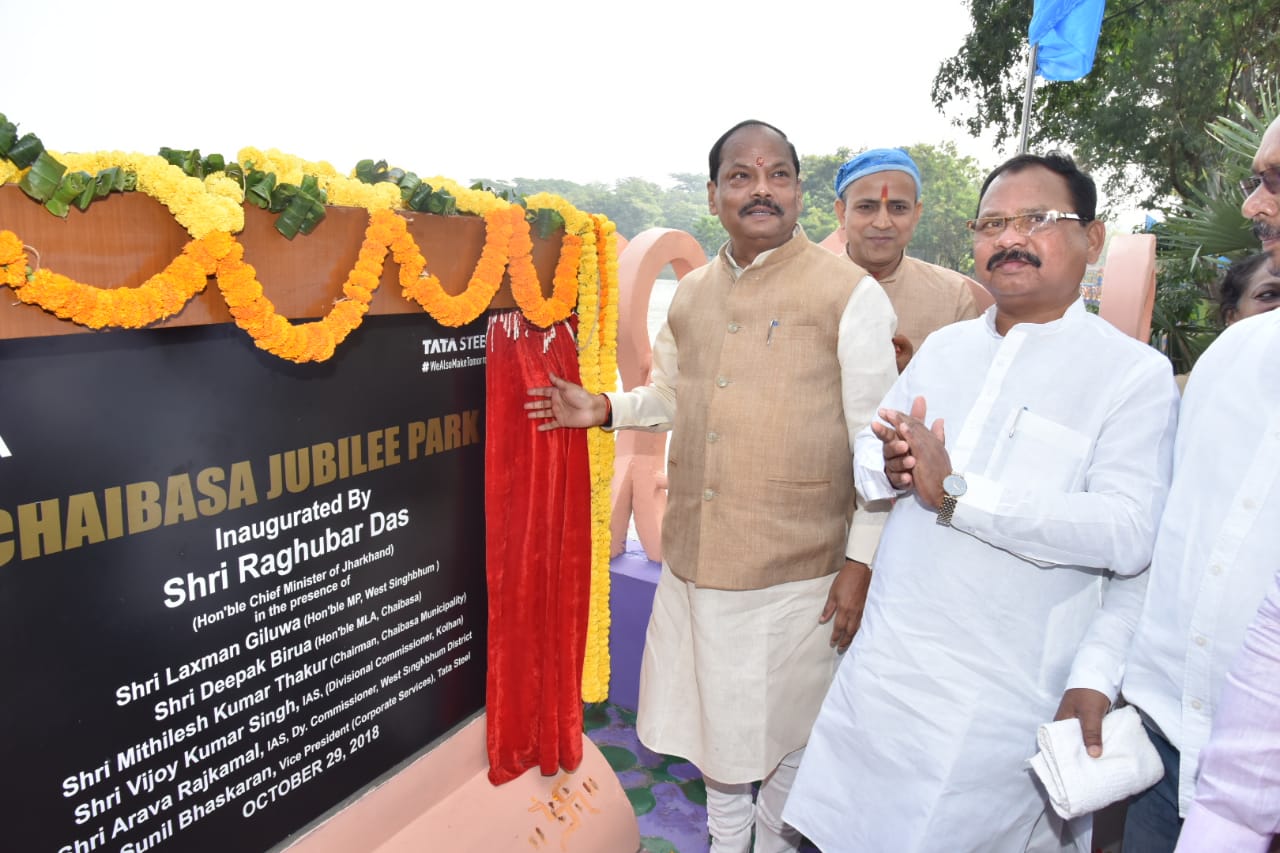 Chief Minister Raghubar Das said that the all-round development of the Kolhan region is the priority of the state government. In the coming time, the foundation stone for the Bypass road in Chaibasa will be laid. The aim of the government is to develop key infrastructure such as water, electricity and road in Chaibasa. For this, the state government is working with commitment. The problem of drinking water in the rural areas of Chaibasa will soon be overcome. The State Government has been directed to spend all the money from the District Mining Fund on pure drinking water. The amount of Rs.400 crores is being spent on delivering pure drinking water in the house through a pipeline. The Chief Minister said these on the occasion of the inauguration of Jubilee Talab beautification and newly constructed Park of Chaibasa.

The Chief Minister also laid the foundation stone for schemes worth 427.92 crore under West Singhbhum District. A total of 37 schemes of different departments will be operated from this amount.

The Chief Minister said that Park has been developed as the best park in the Kolhan region. The administration, as well as the public, is responsible for the maintenance of this park. The park is easy to build, but it is difficult to maintain, therefore, it has been decided by the district administration that only Rs 5 per entrance fee will be taken from visitors. He said that Dada-dadi Park is also being constructed in all the smart cities of the state. Park is the landmark of cities, Therefore, keeping them safe and healthy is the responsibility of all of us.

The Chief Minister said that Jharkhand is the first state in the country where CSR Council has been constituted. The CSR amount of 2 percent from the industrial institutes is spent on the development of the society. Renewal of Jubilee Talab located in Chaibasa has been done by Tata Steel on the initiative of the State Government under the CSR at a cost of Rs 10 crores. The Chief Minister thanked Tata Steel for development of the society by discharging his social responsibility. He expressed confidence that Tata Steel will continue to carry out his responsibilities in social work.

The Chief Minister said that the state government had given approval for the establishment of a medical college in Chaibasa. A hospital with 500 beds is being constructed. Now children of the Kolhan region will not need to go outside state to study MBBS. School will be constructed on the lines of Natarhat in Khuntpani. Sarna, Masna and Dhuma Kudiya etc. are being developed to protect the culture of Jharkhand. For keeping the standards strong, the amount paid to Manki-Munda has been increased.

The Chief Minister said that eliminating poverty from the state is the goal of the government. The State Government is operating many welfare schemes for eradicating poverty. Prime Minister of India Shri Narendra Modi has also taken a pledge to double the income of the poor by 2022. In Jharkhand, efforts are also being made to provide employment to women SHG. School uniform of children will be made by SHG women. Efforts are being made to provide employment to youth by developing small village industries at the village level.

The Chief Minister said that now there will be no politics in the name of martyrs. The government is working to honor the brave martyrs of the state. Honorable Prime Minister Shri Narendra Modi also talked about the life of Bhagwan Birsa Munda in Mann ki Baat program. Bhagwan Birsa Munda Museum is being constructed in Ranchi in collaboration with the Central Government. This museum will have statue of all the heroes of the state. Bhagwan Birsa Munda Tower will also be built, in lines of Shanghai Tower. From 9th January to 23rd January, the program of bringing the soil from all the villages of the martyrs and other villages of the state has been decided by the state government. The role of public participation is important in making this program successful.