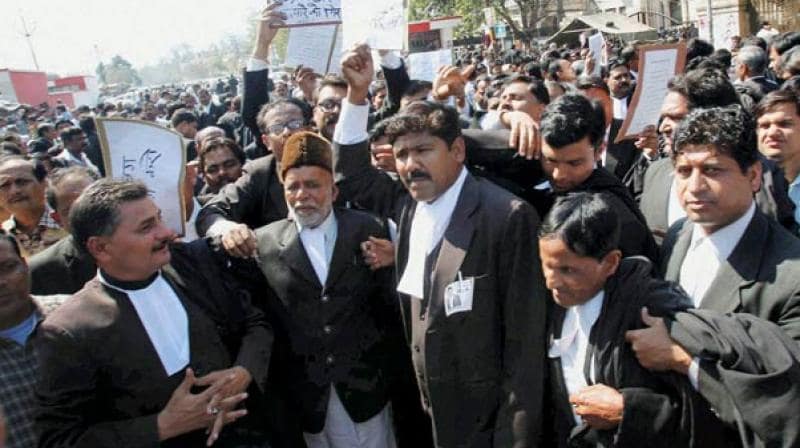 Top incident rocking the corridors of the judiciary in Jharkhand is connected with a  social justice demand. Demand was raised by different lawyers groups seeking  representation of ST, SC and OBCs in the judiciary."It is necessary to achieve social justice", said a leader of lawyers.

Advocate General Ajit Kumar who spoke on the occasion said strong voices are being raised for implementing social justice in the high court.

Former Minister of Jharkhand Lalchand Mahto opined that 73 percent reservation should be implemented in Jharkhand adding that social justice should also be taken into account during appointments in the judiciary.

Yogendra Prasad of the Indian Association of lawyers said there should be an adequate representation of all sections of society in order to achieve the ultimate aim of substantial justice.

“Social justice is the soul of the constitution and the preamble has also categorically stated about it. It could be achieved only when all groups of society is represented in an equal manner in every authority in the government,” Prasad said. He added number judges from OBC, ST, SC castes are very low in number. Under the prevailing selection mode of judges, the efficient and competent lawyers from the said groups may also be considered for the appointment so that the representation is made in the judiciary.

Prasad said: “We want to draw the attention of President of India and other authorities towards the issue. That why this kind of seminar has been organised.”