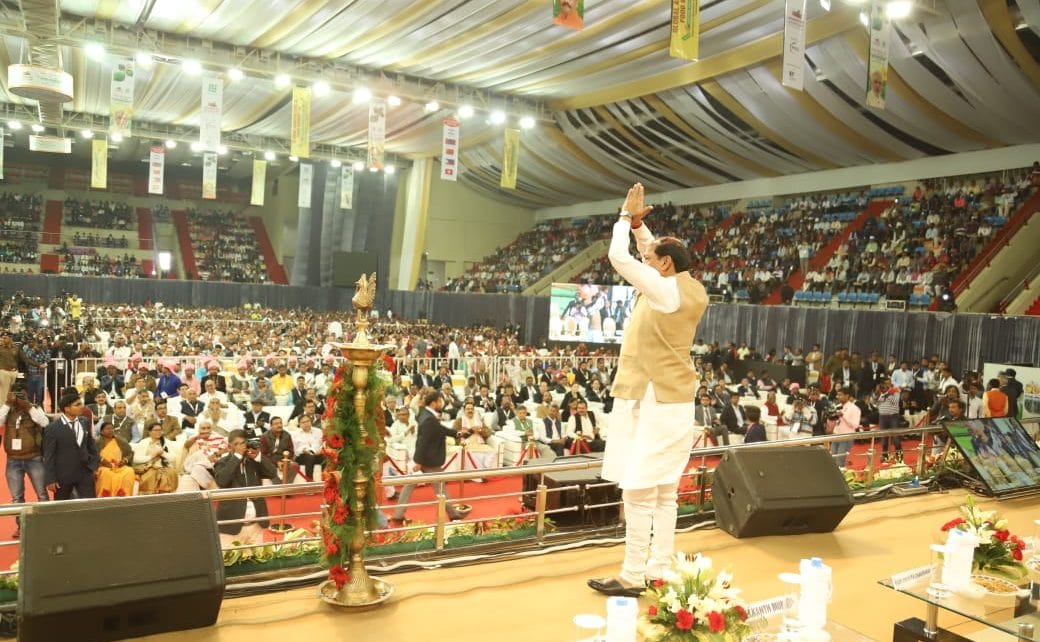 With elections for the Lok Sabha and Assembly polls to be held this year, claims and counterclaims have sought to heat up the political sector in Jharkhand.

While the opposition parties are yet to form Mahagathbandhan, the ruling BJP seems to be upbeat. This state comprises 14 Lok Sabha and 81 Assembly seats. The Election Commission has made it clear that the two forms of elections will be held separately.

While the general election is expected in April-May, the Assembly polls can be held before the end of this year. Talking about the general elections, the Chief Minister Raghubar Das has expressed confidence that his party will win in all the 14 Lok Sabha seats in State. Instead of talking about his government's performance, he has said the BJP will highlight the policies of the Modi Government.

Against this backdrop, the ruling BJP is facing the intraparty problem. Its Land Reforms Minister Saryu Rai has locked horns with the CM Das. Also, a couple of MLAs who are not willing to be identified, have backed Ray, going against Das. This may not cause an impact on the outcome of general elections, the Assembly polls can be adversely affected.

If reports published in local Hindi newspapers are any indication, he is leaving no stone unattached to attack the main opposition party JMM founding father and former Chief Minister Shibu Soren for promoting dynasty. Incidentally, his son Hemant is acting chief of the JMM.>Das has also alleged that "his(Soren) family has looted and plundered  the wealth of Jharkhand."

Alongside, though the JMM and the Congress have tied hands on the ground that the grand old party has accepted to fight the Assembly polls under the leadership of Hemant, the seat sharing arrangement not made so far. For the general elections, Hemant is understood to have accepted leadership of Congress president Rahul Gandhi.

However, other opposition parties including the ex-CM led Jharkhand Vikas Morcha and the Left-CPI and CPI-M have not entered into an agreement with either the JMM or the Congress till date, less than three months before the general elections. This indicates that Mahagathbandhan is far away from reality and thereby one to one fight between the ruling BJP and the opposition not likely.

If the opposition parties fail to unite, the one to one fight cannot be a ground reality making the ruling BJP gain ground. Moreover, there appears to be pro Modi wave, anti-incumbency may reduce the number of seats of the ruling BJP which had won 12 LS seats in Jharkhand in 2014.

Addressing the Shakti Kendra Conference of the BJP at Agrico Maidan, Das said the JMM is ruled by a particular family only and if anyone wants to make big in the party he needs to take birth in that family. He added most of the CNT-SPT Act violation has been done by Soren family in the State alone. The family bought a large chunk of lands misusing the act.

In presence of party’s national secretary Arun Singh, the CM said,“We had lost two seats Dumka and Rajmahal in last elections but this time we will ensure victory in all the 14 seats.” He said party workers need to unite to ensure victory.

State president Laxman Gilua said the BJP has decided to undertake a number of programmes for the widespread publicity of Government schemes and doubling the zeal of party workers. During this, many major programmes like public relations campaigns are to be organised in addition to bicycle rallies, and conferences.

Former CM Arjun Munda also addressed the conference. He said the party workers are determined to bring a complete majority in the Centre again under the leadership of Prime Minister Narendra Modi.

He asked the party members to inform the voters that if the Congress comes to power, than the country will witness anarchy like situation.

Arun Singh said the Government is dedicated towards development of State with special focus on rural areas. He said the people will reap the benefits of the several welfare schemes is his Government’s priority.

He also motivated the workers to get ready for the next election. He deliberated minutely on issues pertaining to the strengthening of the booth committees.