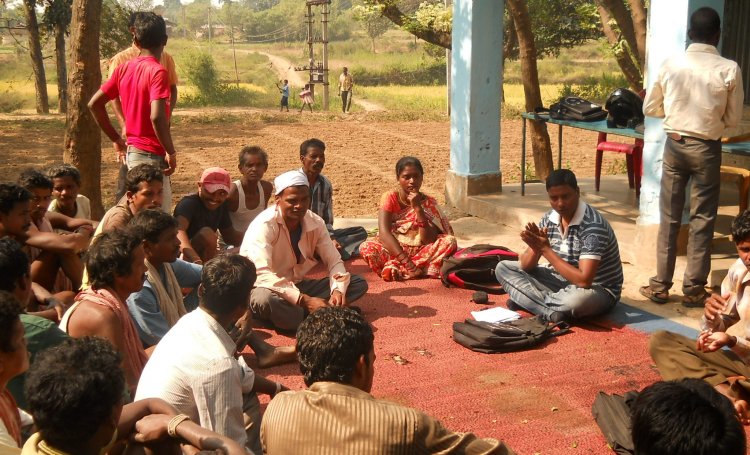 With general elections around the corner, the state government is leaving no stone unturned to mobilise votes of farmers in Jharkhand.

Though many farmers who were hit hard due to the failure of the monsoonal rains causing damage to their paddy crops in several areas including Palamau, Ranchi and Hazaribagh, and were yet to get compensation, Chief Minister Raghubar Das wants them to get benefit from Pradhan Mantri Krishi Samman Nidhi (PM Kishan).

Toward this end, he has issued guidelines to Deputy Commissioners (DCs) through video conferencing for implementation of the scheme.

Das gave three deadlines to his officers for uploading the name, bank account number and Aadhar number of beneficiaries of the scheme. The three deadlines issued by the Chief Minister are February 20, 26 and March 1.

Notably, some farmers who don’t have Aadhaar number, their Aadhaar enrolment number along with mobile number will be uploaded, say, officials.

As per the scheme, poor and marginalized farmers of the country, who hold land up to two hectares, will get Rs 6,000 annually under the scheme. This was announced in the interim budget by the Narendra Modi Government. The payment has to be made in three equal installments of Rs 2,000.

Incidentally, Prime Minister Narendra Modi will formally launch the scheme on February 24. In accordance with the scheme, the farmers’ income support will be transferred directly in the bank accounts of the beneficiary.

Sources said that under programme around 12 crore small farmers are expected to benefit from the scheme. The programme would be effective from 1 December 2018 and the first installment for the period up to 31 March 2019.

The programme will entail an annual expenditure of Rs 75,000 crore. The CM has said that with the scheme farmers income will go up and they don't have to depend upon middleman for their agrarian needs.