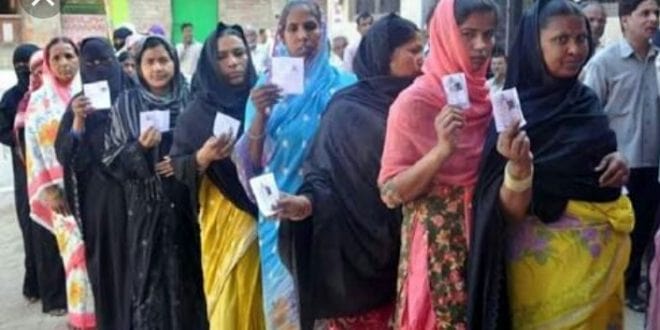 There is a seeming paradox at work in these general elections. The poll pundits assume that Indian Muslims are not going to vote for Prime Minister Narendra Modi. And yet, no Indian PM has got as much support from the Muslim world as he has.

The Gulf, led by UAE and Saudi Arabia, has invested financially, politically and strategically in our country during PM Modi's first term. A very brief look tells a much bigger story. Today we hold UAE oil reserves in India. India, Saudi Arabia and UAE have signed a memorandum of understanding for a proposed $ 44 billion refinery. Direct investment of their funds has crossed ten billion dollars. We have built technology bridges with Morocco and raised our presence all across north and sub-Saharan Africa. Our relations with Indonesia have taken a quantum leap forward; and those with Central Asia have revived.

We work closely with the most powerful Arab countries on security and terrorism. In the last four years, those on the wanted list who had treated the Gulf as a sanctuary have been brought back. The entire Muslim world, apart of course for Pakistan, is now supportive of India's position on cross-border terrorism.

Dubai was once synonymous, in our perception, as a safe haven for financial fugitives; today they are being deported to India, to the deep consternation of powerful politicians whom they bribed. Congress governments once abetted the escape of middlemen; their equivalents in the Agusta helicopter scam are now in India and singing as loudly as any soprano in an European opera.

One of the most significant successes of PM Modi's foreign policy, and its excellent management by Foreign Minister Sushma Swaraj, has been the extraordinary finesse with which it has worked across binaries. Our friendship with Israel has flowered; Benjamin Netanyahu became the first Israeli PM to visit India. At the same time, our equation with the Arab world around Israel has grown exponentially. In 2018 Modi became the first Indian PM to visit Palestine, and received its highest civilian award, an honour also bestowed by Saudi Arabia and UAE. Simultaneously, we improved relations with Iran: Chabahar grew from a stagnant idea into a living port. This is diplomacy at its finest.

It is not an accident that UAE has permitted construction of the first Hindu temple on its soil. Under the wise leadership of Crown Prince Mohammed bin Zayed Al Nahyan, UAE has responded to a very old need of its large local Hindu population; but his friendship with PM Modi played its part in this unprecedented gesture.

Compare this to past imbalance, when it often seemed as if we travelling on a one-way street. Jawaharlal Nehru was a friend of Gamel Nasser of Egypt, and so partisan in his support of Egypt that India had no relations with Israel. But the flavour of the 1950s for most Arabs was Pakistan. Saudi Arabia barely had what might be called a virtual rather than a real relationship with Delhi at that time. Nehru cultivated Soekarno of Indonesia. The harsh truth about this aspect of Nehru's foreign policy surfaced one year after his death, during the Indo-Pak war of 1965, when Muslim nations like Indonesia, Iran, Jordan and Saudi Arabia rallied to Pakistan's side. Nehru had spent years cultivating Indonesia's Soekarno. Indira Gandhi may have feted Yasser Arafat, hero of Palestinians, but the Muslim world snubbed her publicly in 1968, when it kept the Indian delegation isolated in its hotel during the first OIC conference at Rabat in order to appease Pakistani dictator General Yahya Khan. In the 1970s Libya led the way in financing Zulfiqar Ali Bhutto's nuclear programme, designed solely to build a nuclear arsenal against India. The only Arab nations that stood by India to the extent they could were Syria and Iraq.

Our relations with Bangladesh have been cultivated with care; but under PM Modi, they warmed to a new level. Further east, ties with Indonesia have today taken such a positive turn that trade has revived, Indonesia has linked up with Andamans, and we are working towards a new port in that vast archipelago.

Prime Minister Modi created the change he wanted to see through high-profile personal diplomacy. He was the first Prime Minister of India to visit UAE in 36 years. For ten years before he came to office, when Mrs Sonia Gandhi and Rahul Gandhi were in power and Dr Manmohan Singh was in office, the Indian PM had no time for a country where millions of Indians live and earn a livelihood. Congress policy towards the Muslim world was a cursory continuation of the past, without imagination or initiative, and therefore humdrum.

Nothing illustrates the change better than the dramatic invitation to Foreign Minister Sushma Swaraj this year to address the OIC at its conference in UAE. In 1968, the same group shut the door on India. Today it has opened a window. In 1968, Pakistan vetoed India's presence. In 2019, Pakistan threatened to boycott OIC if Mrs Swaraj was permitted to speak. 56 of the 57 countries in OIC told Pakistan that it could stay away if it so desired, but the invitation to India would stand. That is, in any language, a diplomatic triumph.

Why have Muslim nations, apart from Pakistan, invested so much in PM Modi? Why do so many of them want to continue working with him? First, because they know he is not partisan. They understand that he has only one interest: India's national interest. Second, they realise that under his leadership India is on its way to becoming a major Asian and world economic and strategic power.

I do not believe that Indian Muslims cannot see what Muslims in the rest of the world understand. In any democracy, there is something called the hidden vote, which does not make itself manifest for psychological or circumstantial reasons. That phenomenon is true of Indian Muslims as well. When psephologists return to their keyboards after the results on 23 May, they will discover a strong hidden vote for PM Modi.

In every survey, foreign policy is repeatedly cited as among the top reasons for re-electing PM Modi. For Indian Muslims, this has an extra impetus.