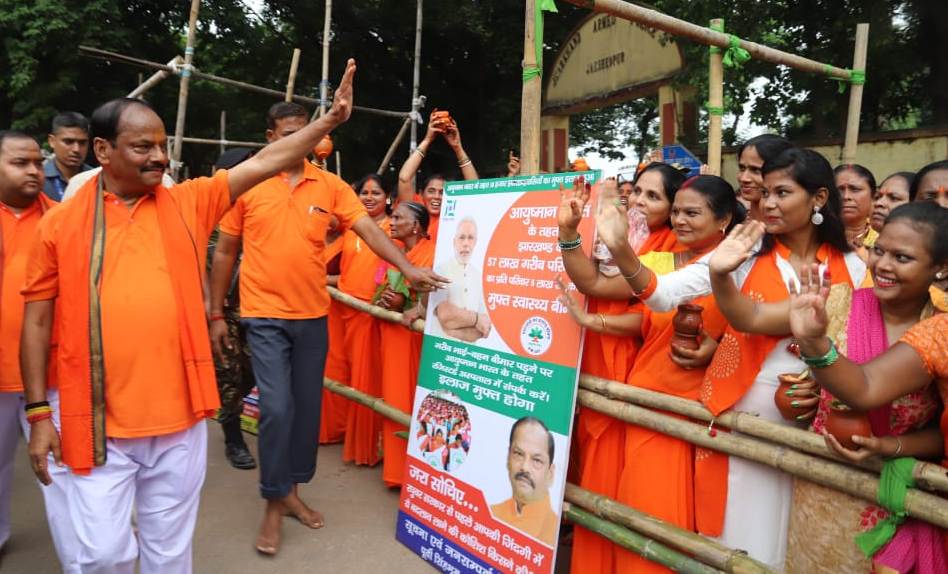 Chief Minister Raghubar Das has congratulated the Prime Minister and the Home Minister of the country for the historic bill in the country's Parliament (Rajya Sabha) on Jammu and Kashmir. This is a bill that fulfills people's aspirations. This is the bill for the construction of Akhand Bharat.

The Chief Minister said that Kashmir is an integral part of India. Pakistan, whose name is notorious for spreading terrorism all over the world, wants to spread anarchy in Kashmir or other parts of India through proxy war or terrorism which is constantly being controlled by Prime Minister Narendra Modi and Home Minister Amit Shah.

The Chief Minister said that I am grateful to the Supreme Court regarding its decision on Ram Temple in Ayodhya. Lord Rama is a symbol of Indian culture. People of all religions and sects are requested to cooperate in building the temple.