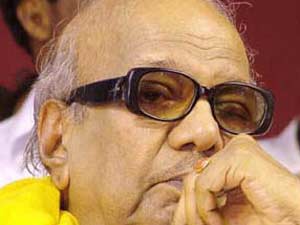 MK Stalin will succeed DMK supremo M. Karunanidhi.This became clear after Karunanidhi himself made public his heart on Thursday when he said that Stalin is going to head the DMK after he is no more.

Karunanidhi however said that he would continue to lead the party till his death.”As long as I live,I will work for the party.To a question as to who will head it after me,Stalin is sitting here”,said Karunanidhi while speaking from a platform organized to welcome some PMK workers into the DMK in Chennai today.