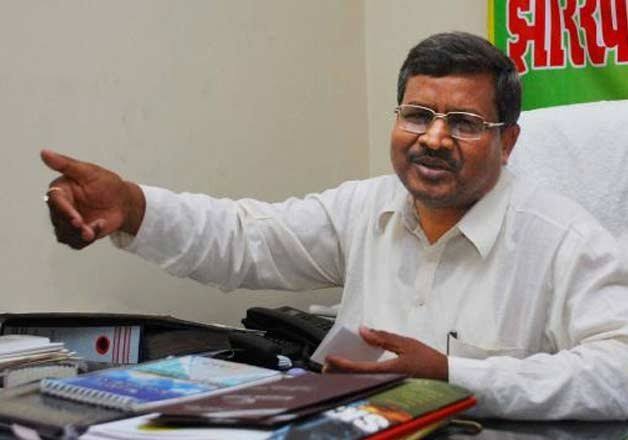 Ask him whether he prefers Congress or BJP,and pat comes Babulal Marandi's reply in favour of the saffron party.

At the same time,he prefers to say that his choice was BJP."I have never been for any post...In the party,some wanted us to join the Congress.I stood for  BJP",he,who is abroad, told  Prabhat Khabar,a Hindi daily, in a telephonic interview.

Marandi,ex CM,who had quit the BJP to form Jharkhand Vikas Morcha over a decade ago,has rejected the Congress.His party has three MLAs in 81- member Jharkhand Assembly.Himself an MLA,he leads two other MLAs.

They were Bandhu Tirkey and Pradeep Yadav.Though both were accused in criminal cases and were out of jail on bail,they were ideologically hostile to each other.While Tirkey is learnt to have persuaded Marandi to join the Congress,Yadav reportedly sided with him in favour of the BJP.

In any case,BJP is leaderless in the state right now.After ex CM Raghubar Das led BJP suffered from electoral rout in the Assembly elections 2019,its central leadership was unable to even select/appoint leader of the Opposition in Jharkhand.

Media reports claim that the BJP high command wanted to rope in Marandi to re- build the party under his leadership.A headline report in local Hindi daily said "Babulal Marandi to join BJP."These reports were neither accepted nor objected by Marandi.

No body knows the truth.However,for the first time,Marandi has made public his 'choice' of BJP over the Congress.Now,what is going to be the BJP high command's stand remains to be seen.