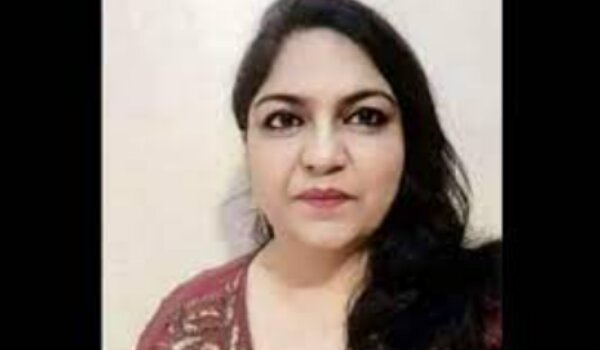 In the dark and dank dungeons of Ranchi central jail, life is a killer, mentally and physically. There are people who chose, or more specifically, are driven to the path of crime and finally the long arm of the law catches up with them. Now Puja Singhal, IAS, Jharkhand is one of them.

Just before her entry, a conflict of interest surfaced. Even though the ED sleuths had got her medically checked at Sadar hospital, her lawyers sought to get her out of jail by seeking her medical check-up afresh. This was denied by the jail authority.

So Singhal spent her first night inside the high walls of the Birsa Munda Central jail at Hotwar, Ranchi.” She was served dinner. But she did not eat anything”, said a jail officer on condition of anonymity.

Since the court has granted 5- days remand for her, the ED took her out of jail at around 11.30 am for further interrogations. In any case, Pooja Singhal, who appeared tense while being taken inside the jail, remained calm this morning.

And there are a handful of women who look at the administration in the eye. In Ranchi jail, might is right, well almost. And when the administration flexes its muscle and tries to gag those seeking truth, sanity is consigned to the back burners.

IAS officer Puja Singhal who was arrested and jailed in connection with a money laundering case registered by the Enforcement Directorate is at the receiving end.

Incidentally, she is the second IAS officer inside Ranchi jail right now. Her jail colleague was J. Bhengraj, a convict in the fodder scam.

While Bhengraj is lodged inside the male ward, Puja Singhal is kept in the ward meant for women. Aware of her status in Indian Administrative Service, the jail authorities had converted the jail’s original kitchen room into a bedroom for her.

This room has a ceiling fan and a local-type latrine. There is no bathroom.

“Like other women prisoners who take bath in open through tap water, she ( Puja Singhal) preferred not to take a bath today before being taken out of jail by the ED.

“When she will return, she will have to adapt to this open bathroom”, said a jail officer on condition of anonymity.