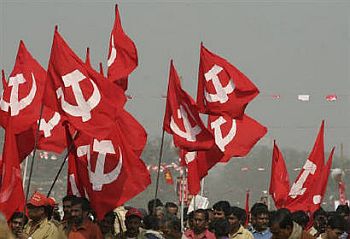 Jharkhand under the President’s rule figures prominently in the electoral agenda of the CPI(M).

This is evident from the fact that in Jharkhand where this left party does not have any representation in the 81 member Assembly,its leader Prakash Karat plans to lead the party’s Sangharsha Sandesh Yatra from the eastern zone.

The yatra to be taken out with the aim to build the party’s base in this belt by raising issues of national importance,is planned to cross through centrally ruled Jharkhand before reaching New Delhi on March 19.

During the yatra Karat is supposed to hold a series of meetings during his sojourn in Jharkhand between March 3 and 5. “We have begun preparing for the jatha(read yatra)”,said Jharkhand unit secretary G K Bakshi.

The yatra in the eastern zone is slated to start from Kolkata.The CPI(M)’s other senior leaders such as Sitaram Yechury (Mumbai), S R Pillai (Kaynakumari) and Brinda Karat (Amritsar) are to take part in