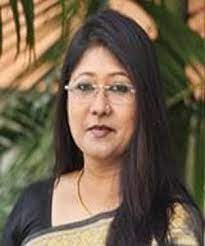 The Jharkhand Mukti Morcha (JMM) has fielded Mahuwa Manjhi as its candidate for the upcoming Rajya Sabha polls.

Manjhi who was a local JMM leader had contested the Ranchi Assembly seat twice to lose it both times.

Now JMM's legislative party meeting took a decision to field her for the Rajya Sabha. The opposition BJP has fielded Aditya Sahu, an old BJP leader in Ranchi.

Two seats of Rajya Sabha from Jharkhand will go to the polls as the tenures of Union Minister Mukhtar Abbas Naqvi and BJP MP Mahesh Poddar are expiring on July 7.