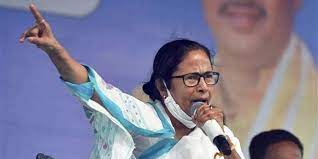 Leaders of the Shiromani Akali Dal, Aam Aadmi Party, TRS, and the BJD led by Odisha CM Naveen Patnaik skipped the meeting of the Opposition parties held at the Constitution Club in the national capital.

Even the main Opposition party Congress did not attend this meeting which was convened by Trinamool head and West Bengal CM Mamata Bannerjee.

The aim was to select a joint presidential candidate of the Opposition. The meeting however took place on a day the nomination for the presidential election began.

In fact, Banerjee has last week invited leaders of 19 political parties, including seven chief ministers, for a meeting in New Delhi to produce a “confluence of opposition voices” for the Presidential election on July 18.

They are favoring Sharad Pawar as the Presidential candidate.

Among those who attended this meeting were; Sharad Pawar and Praful Patel of the NCP, Mallikarjun Kharge, Jairam Ramesh and Randeep Surjewala of the Congress, H D Deve Gowda and H D Kumaraswamy of the JD-S, Akhilesh Yadav of the SP, Mehbooba Mufti of the PDP, Omar Abdullah of the National Conference.

Though the ruling NDA has not opened its card and kept the name of its candidate secret to date, numbers are on its side.

The ruling NDA has about half the votes of the electoral college -- and with the possible support of fence-sitters like the BJD, All India Dravida Munnetra Kazhagam, and YSRCP, the NDA candidate is expected to sail through the contest.