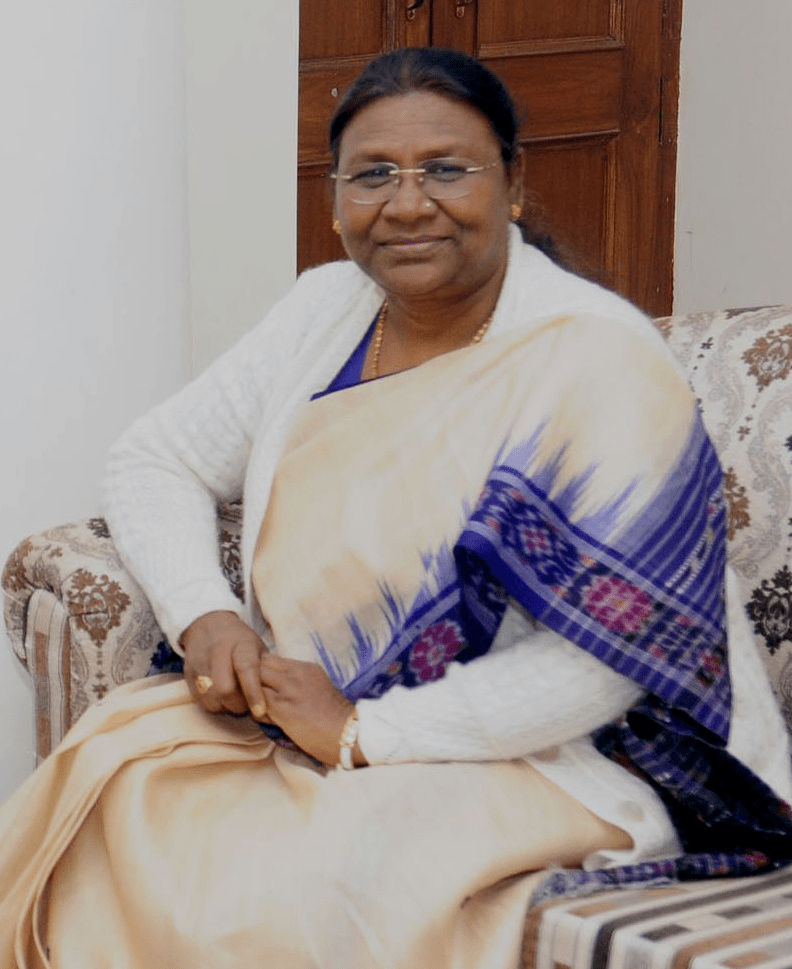 I belong to (tribal)Santali community. My family was very poor.My aim was to get a small job to eke out living. Though I got the job, my in- laws were against it.I left the job and started teaching without taking any fees.From there onwards my social service started.For the first time, I contested for the post of councillor from Rairangpur( Odisha) in 1997 and won.In 2000, I got the ticket to contest for MLA and won it.I became Minister.After losing the assembly poll in 2009, I returned to village.However, during the same time, one of my sons died and I suffered from depression.In 2013, another son expired.In 2014, my husband died and lost every thing in life. I was fully broken,but looked forward and dedicated my life to social service”.

These words were expressed by Draupadi Murmu, mother of a living daughter and her husband,who is set to be India’s first President belonging to the indigenous tribal community.This may not be a point of concern for many high profile English speaking intellectuals.

Already some critics have dubbed her as Prime Minister Narendra Modi’s “ His Master’s Voice”, or “useless face” or “ non deserving personality” who was selected by the BJP high command to push forward their game plan.But the President in the making is not a weak personality for sure.Consider this record for example.

Droupadi Murmu was Governor of Jharkhand for five years( 2015-21). During this period, the BJP govt led by Chief Minister Raghubar Das, who was backed by PM Modi and Home Minister Amit Shah, was at the helm of affairs.

That time the CM Das had got a Bill passed by the Jharkhand state Assembly, seeking amendment in the Chotanagpur Tenancy Act 1907. This British govt enacted Act does not permit transfer or sale of tribal land to non tribals.

In fact, Droupadi Murmu had invited a number of tribal leaders including the then Arch Bishop Telephore Toppo and sought their opinions on the “Bill”. And then,despite repeated ‘pressure’ from the high command of the BJP, she refused to approve the Bill and later her office returned the Bill to the Assembly office where it’s files are licking dust now.

She is learnt to have stood by her decision and argued that if the Bill becomes an Act, scores of adivasis will get displaced and in turn, create another Adivasi movement, unrest. Ultimately, the BJP high command succumbed and thereby failed to get this Bill become the law of the land.

“ I am what I am”,Governor Droupadi Murmu had said while inaugurating a programme organised by JharkhandStateNews.com on “ Start Ups” at BNR Chanakya on July 15,2016.