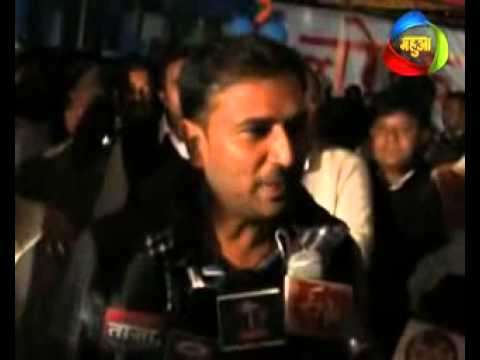 Jharkhand Mukti Morcha president Shibu Soren and his son Hemant’s desperate bid to form the coalition government suffered a major jolt today with the All Jharkhand Students Union rejecting any move toward this end.

AJSU president and former Deputy CM Sudesh Mahto said that his party will not be party to formation of any coalition government comprising JMM,Congress and RJD.
“We remain stuck to our resolve for dissolution of the Assembly and conduct of mid term polls in the state”,says Mahto.

Yesterday the Rajya Sabha approved the imposition of the President’s rule in Jharkhand making it clear that the Lok Sabha will put its seal of approval soon.On Monday,a bunch of political leaders including Soren and Hemant flew to New Delhi creating speculations that they will hold discussion with the Congress and the RJD to form the government.

But there was a buzz that Soren was summoned by the CBI in connection with the coal mines allocation case in which his former private secretary ML Pal, was already questioned by the directorate in the national capital recently for two consecutive days.

Pal was questioned about his business interests with certain individuals and also relationship with former chief minister Madhu Koda against whom the Directorate has registered a case of money laundering.