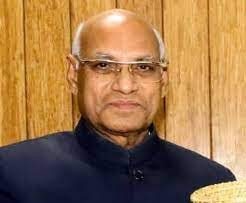 Jharkhand Governor Ramesh Bais is learnt to have received another sealed letter from the Election Commission of India(ECI) giving its findings and conclusions on the disqualification plea against Jharkhand Mukti Morcha (JMM) legislator Basant Soren.

“Legal process is being followed to take a lawful decision as soon as possible”, said a source considered close to the office of Governor Ramesh Bais.

Its move comes around a fortnight after ECI sent its opinion to Bais on August 25 on a disqualification plea against chief minister Hemant Soren for allegedly holding an office-of-profit by owning a stone chips mining lease in his name.

However, Governor Ramesh Bais has preferred to remain quiet on his decision to make public his stand on it.

In any case, Governor Ramesh Bais had quickly forwarded the complaint filed by the Bharatiya Janata Party (BJP) over the matter to ECI for its opinion without even enquiring about its authenticity from the state government. This was on March 28, a day after receiving the BJP’s complaint.

The BJP had alleged that Basant Soren should be disqualified from the assembly for being a partner in two firms having mining leases in the state.

ECI issued notice to Basant Soren on May 5 and Soren replied to the notice on May 12. After supplementary written submissions filed by both sides and subsequent hearings conducted in ECI, the poll body finally sent its sealed letter carrying its findings and opinions to Governor Ramesh Bais.

This has raised speculation in public that Governor Bais is awaiting guidelines from the BJP top brass to make public his stand.

And, ruling JMM has blamed the BJP for “trying to play horse trading game secretly with MLAs of the ruling coalition.

“They will not succeed as MLAs of the coalition comprising JMM, Congress, and RJD to topple Soren government had recently won the trust vote by a thumping majority of 48 MLAs in 81 - member Jharkhand Assembly.”