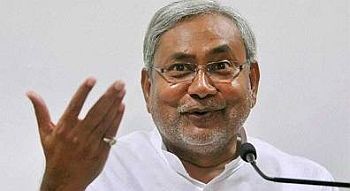 With Gujarat chief minister Narendra Modi emerging as a popular Prime Ministerial candidate of the saffron party,the ties between the BJP and the JD(U)are on the edge.This became evident today when the JD(U) leader and Bihar Chief Minister Nitish Kumar indicated that he was not averse to exploring other tie- ups.

Kumar,who was addressing Adhikar rally at Jantar Mantar in the national capital,observed that his support would be crucial for formation of next government at the Centre.