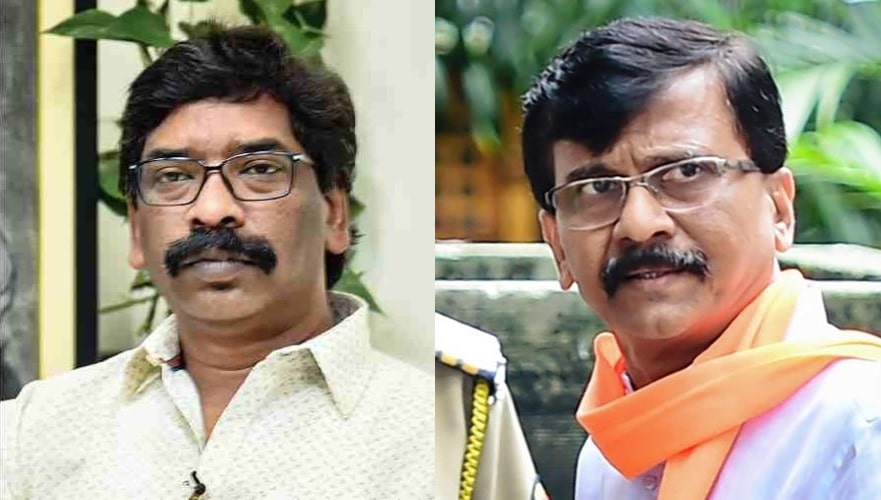 Ranchi is far away from Mumbai. However, the Sanskrit words Satyameva Jayate( Truth Alone Triumphs) were uttered in common by two rivals of the BJP in the capital cities of Jharkhand and Maharashtra.

One is Sandip Rahut, the brother of Shiva Sena leader Sanjay Raut. Today he hailed the Rajya Sabha MP’s bail in the Patna Chawl scam case and stated that his brother’s arrest had been carried out “deliberately” he said, “ Satyameva Jayate.”

The second one was Jharkhand CM Hemant Soren. Soon after the Supreme Court on Monday allowed his and the state government‘s appeals against the Jharkhand High Court order accepting the maintainability of PILs in the mining case, CM Soren reacted in his tweet by saying, “ Satyamev Jayate.”

Though none of the two persons were acquitted by the judiciary as both Raut and Soren continued to be locked in two separately alleged cases in the courts, both have heaved a shy of relief leaving the BJP on the back foot in political fields right now.