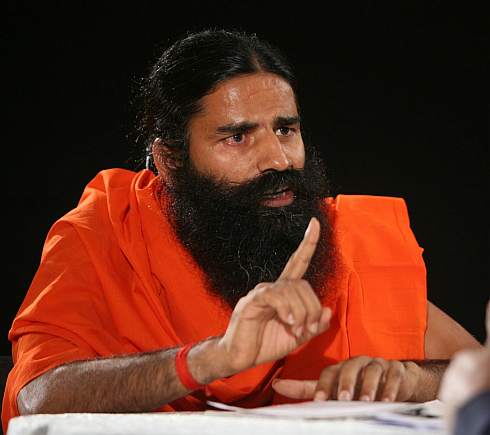 Yoga guru Baba Ramdev is in Jharkhand after he visited Bihar.

During his stay in Patna,he offered to help resolve the differences between Chief Ministers Nitish Kumar of Bihar and Narendra Modi of Gujarat.

“I will try my best to resolve the differences between (them) if my service is sought,” Ramdev told the media during a two-day visit to Bihar.

Ramdev pointed out that it was his desire that Modi and Nitish Kumar should shun their political and ideological differences and said that the two leaders had one thing in common.

Their zodiac was the same and both were “natural allies” to work together for a larger cause,he said adding that while India needs Modi, Bihar needs Nitish Kumar for its development.

Ramdev predicted that Modi will become the prime minister after the next general election in 2014. “The Congress-led UPA’s defeat is imminent as people across the country love Modi’s development and patriotic image.”

Nitish Kumar has repeatedly made it clear that he would not accept the Bharatiya Janata Party’s leadership of a national coalition if Modi is chosen the prime ministerial candidate.