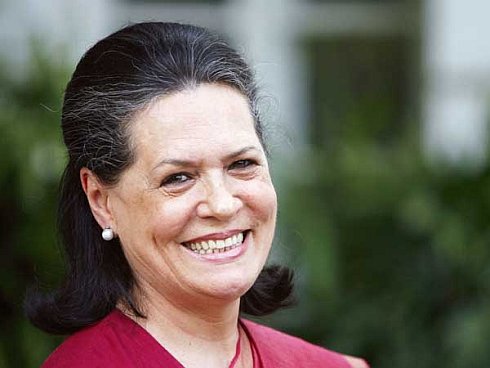 Even though the Congress party was in cheers today after its grand electoral victory in Karnataka, its President Sonia Gandhi is having tough time trying to keep all the factions satisfied over Jharkhand.

Essentially, there are two mutually hostile sets of leaders within the Congress. Among them,one group led by her political Advisor Ahmad Patel, backed by the party’s state unit incharge Shakeel Ahmad and the rest MLA’s and MP’s from Jharkhand,are learnt to be keen to install a coalition government comprising Congress, JMM, RJD and Independents such as ex CM Madhu Koda ‘s wife Geeta Koda, Enos Ekka and Hari Narain Rai who were out of jail on bail in corruption cases.

There is another group led by Union Minister Jai Ram Ramesh who is against installation of the government with these parties and tainted Independents.

Each of these groups have their own agenda and logic. While the former led by Patel who was instrumental in weaving the Koda regime in the past, believe that since the Assembly polls were due in this state in December-January 2014, there is no reason why the Assembly be dissolved and mid term polls held now.

The group led by Ramesh holds the view that in case the party forms the government with these parties and tainted Independents, it will create anti incumbency and as such it can mar the prospect of the Congress in the elections a year later.

No wonder why Sonia is taking utmost caution in appearing impartial lest she makes one faction happy and another unhappy. Which is why perhaps,Shakeel Ahmad has asserted that the Jharkhand Assembly will not be dissolved. In a telephonic talk with a Hindi Daily Sanmarg,he reportedly said that in the days to come, coalition government will be formed. ‘’Till now every thing is positive”,he told Sanmarg.

Incidentally, a few days back, it was reported that the Union Home Ministry had decided to dissolve the Jharkhand Assembly and this decision was said to be ratified by the Union Cabinet. There are also reports that Shakeel Ahmad had forwarded the names of party leaders proposed by the Congress’s MLA RP Singh to Governor Syed Ahmad who had already appointed a party leader Mani Shankar as Chairman of the Jharkhand State Pollution Control Board.