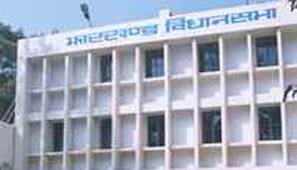 Despite the united demand by JMM and Congress MLAs to form the government in Jharkhand, the CBI decision to prosecute the legislators in the cash-for-vote scam case is set to change the political agenda for the next few months.

Aware of their case,the Congress high command has decided not to form the government. Instead,it had already tipped off the party leaders in New Delhi to strengthen the party.

This primarily means two things. One,the Jharkhand Assembly can be dissolved any time before the six month term of the ongoing President’s Rule which ends on July 18.Two,the Assembly polls may be held in the coming winter-October-February.

Meanwhile,in response to a querry Prime Minister Manmohan Singh today said that the issue connected with the President’s Rule and the Assembly elections in Jharkhand was under consideration.’I don’t want to say anything more on this issue right now”,he said aboard the aircraft onway back to India from Japan and Thailand.