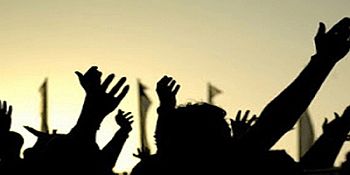 With JMM leader Hemant Soren set to form coalition government in Jharkhand,the opposition BJP has come out in protest against it.

The saffron party holds the view that there is a situation akin to a constitutional crisis in Jharkhand.As per the Constitution,holding a session of the state Assembly within six months was essential.Since the last session was held on December 6,this six month had already rolled by and as such,the Assembly had lost its legitimacy.

A memorandum toward this end was handed over to Governor Syed Ahmed on Monday demanding dissolution of the Assembly.Now,when the coalition government is allowed to be formed,it will be against the law,says BJP’s state unit president Ravindra Rai.

Rai says that the government in the making is backed by many legislators who were either absconding in criminal and corruption cases, were in jail or were out of jail on bail.

These legislators include Congress’s MLA Sawana Lakra,who was in jail on the charge of murder,three JMM MLAs- Simon Marandi,who was accused in cash-for-vote scam,Nalin Soren and Sita Soren ,who were evading arrest in seed scam and kidnapping cases respectively and three Independent MLAs-Geeta Koda,wife of Madhu Koda,who is in jail on corruption cases,Enos Ekka and Hari Narain Rai,who were out of jail on bail in corruption cases.