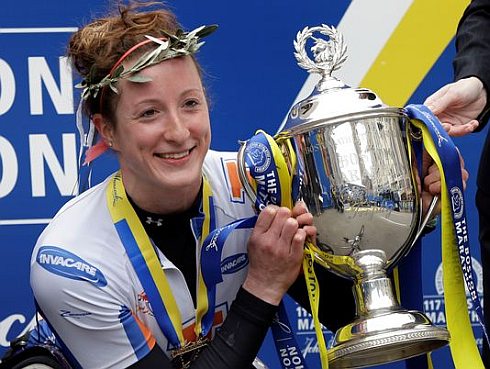 She is on wheel chair.But Tatyana McFadden’s spirit is so high that she had not only won the Boston Marathon wheelchair race,but had gone on record announcing that she will be competing in London this Sunday in memory of those who died during the US event on Monday.