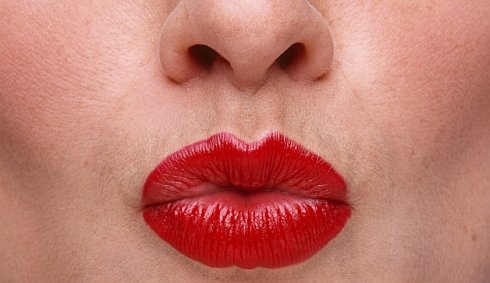 By barring its flight attendants to wear red lipstick,Turkey’s national airline has raised a major controversy.

Reports quoting the Turey’s airline officials said that “banning the bright red cosmetics is just about consistency among the flight attendants mode of dress, as the company wants them to appear more natural. This in turn is supposed to make them more approachable to the passengers.”

Historical records reveal that ancient Mesopotamian women were possibly the first women to invent and wear lipstick,according to Wikipedia.

“ They crushed gemstones and used them to decorate their lips. Women in the ancient Indus Valley Civilization applied lipstick to their lips for face decoration. Ancient Egyptians extracted red dye from fucus-algin, 0.01% iodine, and some bromine mannite, which resulted in serious illness. Lipsticks with shimmering effects were initially made using a pearlescent substance found in fish scales”,records Wikipedia.

It adds that during the Islamic Golden Age, the notable Arab Andalusian cosmetologist Abu al-Qasim al-Zahrawi (Abulcasis) invented solid lipsticks.These were perfumed sticks rolled and pressed in specialmolds.Zahrawi described them in his Al-Tasrif.

In Medieval Europe, lipstick was banned by the church and it was thought to be used as an ‘incarnation of Satan’, cosmetics being ‘reserved’ for prostitutes.

In any case,Turkey is Islamic country in Europe.Its airline has also banned the use of red nail polish by flight attendants.”This proves our country is turning more and more religious and conservative’,a citizen of Turkey was quoted as saying.