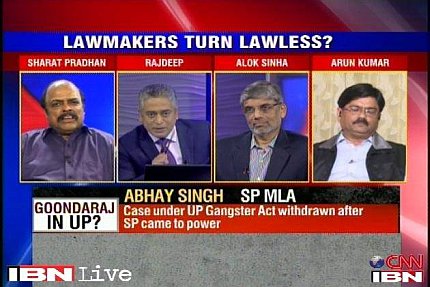 The Bar Council of India’s web site lays out the professional standards expected from lawyers. The first sentence starts: “Advocates, in addition to being professionals, are also officers of the courts…”

It carries on with a lot of dos and dont’s but those first twelve words are all you need to know. Uncompromisingly, they remind attorneys that they are not around just to make money but to serve the cause of justice. And if that is true for lawyers in general how much more so for the law officers — the Attorney General, the Solicitor General, and the Additional Solicitor(s) General.

The Constituent Assembly believed the office of the Attorney General so important that they devoted Article 76 of the Constitution to it. (Articles 74 and 75, by the way, spell out the powers and duties of the Prime Minister and the Union Council of Ministers.) In practice the Attorney General and his colleagues form a bridge between the executive and the judicial wings of the state.

Can you say that the law officers have lived up to the ideal spelt out by the Bar Council in some of the most notorious scandals of our times?

Which scandals head the list? It is difficult to draw an hierarchy of infamy but here is a simple rule of thumb: the worst of the lot provoked so much outrage that the ruling party of the day was forced to concede a Joint Parliamentary Committee. Such a list would include the Bofors Scandal, the 2G Scam, and the Coal Allotment Sham.

Sadly, the role of the law officers has been questioned in each case. The Central Bureau of Investigation catches flak for lapses but every so often the C.B.I. itself is left gasping by one or the other law officer.

The Bofors Scandal could never be pursued seriously as long as the Rajiv Gandhi ministry was in power. It was only after V. P. Singh became the Prime Minister, in December 1989, that the investigation took off, but it was derailed almost as soon as the National Front ministry fell in November 1990.

On 6 December, 1990, according to K. Madhavan (then Joint Director, C.B.I.) Justice M. K. Chawla of the Delhi High Court was hearing a plea to quash the F.I.R. [First Information Report] filed by the C.B.I. in the Bofors case. K. T. S. Tulsi, then Additional Solicitor General, was representing the C.B.I. on that day. K. Madhavan described what followed as “two hours of self-destructive and suicidal arguments” that “meticulously left out every single relevant and incriminating word in the F.I.R.”.

K. Madhavan was so furious that he stood up and shouted in open court. There was talk of disciplinary action against the C.B.I. officer but that went nowhere. However, the first serious attempt to investigate the Bofors Scandal also went nowhere.

[Madhavan’s career ended on a sad note. In May 1992 his team arrested Harshad Mehta in the Securities Scam case. A line of investigation led the C.B.I. officer to ask if public servants had been bribed through the ‘hawala’ route’, but he was denied permission to follow up. Dejected and angry, K. Madhavan — with years of service still left to him — sent in his resignation letter in July 1992. Having taken early retirement, Mr. Madhavan is now practising law. The Finance Minister who presided over the Securities Scam airily dismissed it as “systemic failure”, refusing to accept personal responsibility; he is now our Prime Minister.]

Let us now move to the 2G Case, specifically to October 2010. Gopal Subramniam, who was then Solicitor General of India, called two C.B.I. officers to discuss the case with him, D.I.G. Suresh Kumar Palsania and Vivek Priyadarshi, the investigative officer. According to reports, the two were surprised to find a fourth person present, namely Anitha Shenoy, the lawyer for the controversial Communications Minister A. Raja.

One explanation that did the rounds was that Ms. Shenoy was present there in connection with an entirely different case. It was also pointed out A. Raja was being represented in the Supreme Court at the time by Senior Advocate T. R. Andhyarujina. The inevitable riposte is that Gopal Subramniam could have finished his work with Anitha Shenoy before asking in the C.B.I. officers, or asked her to wait outside while he conferred with them. But discussing the case in the presence of the attorney of one of the accused was unacceptable, was it not?

The upshot was that S. K. Palsania and Vivek Priyadarshi walked out. When their complainants reached the then Union Law Minister, Veerappa Moily, he agreed that the C.B.I. could ask another lawyer to represent it in place of Gopal Subramniam. The agency then requested the services of K. K. Venugopal, one of the doyens of the Bar.

[Sadly, the upright Suresh Kumar Palsania was diagnosed with leukaemia, and died, at the young age of forty-four, in November 2012. Veerappa Moily, the Law Minister who had backed the C.B.I., was shunted to the relatively innocuous Ministry of Corporate Affairs.]

Our tale of woe has taken us from the Additional Solicitor General in 1990 to the Solicitor General in 2010, from Bofors to the 2G Scam. And today we have the Number One law officer, Attorney General Goolam Essaji Vahanvati, making the news for the wrong reasons in Coalgate.

Additional Solicitor General K. T. S. Tulsi might have had genuine reasons to disregard the C.B.I.’s F.I.R. on Bofors when he was appearing in court on the agency’s behalf. Solicitor General Gopal Subramniam might have innocently mixed up his schedule when he invited Anitha Kumar over at the same time as he did S. K. Palsania and Vivek Priyadarshi. But how on earth can one explain away the fact that G. E. Vahanvati, to put it as politely as possible, misled the Supreme Court itself, if only by his silence?

The Supreme Court asked a simple, very direct, question. Had the C.B.I. shared its report on the Coal Allotment Scam with anyone in the “political executive”? Multiple sources confirm that G. E. Vahanvati was present at such a meeting, in the office of the Union Law Minister, and with officials from both the Prime Minister’s Office and the Coal Ministry in attendance. (Union Law Minister Ashwani Kumar has reportedly gone so far as to allege that the meeting was called by the Attorney General!) It is also on record that G. E. Vahanvati was present in court when their Lordships posed that query. He chose to remain silent when Additional Solicitor General Haren Rawal said the C.B.I. had not revealed its report to the “political executive”.

Can anyone present a reasonable explanation to excuse this?

On 30 April, the Supreme Court spoke on the need to further insulate the C.B.I. from political interference. Come 8 May perhaps their Lordships could also extend protection to the law officers too — simultaneously sending out the message that the Attorney General is much more than a professional doing his duty to the ministry of the day, that he owes a higher duty as an officer of the court.