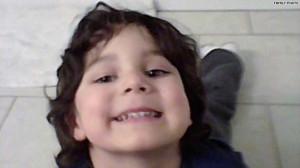 He is four- year-old from Minnesota in the USA. Mayor Robert Tufts has been honoured to be selected as Mayor.

His selection was made last year in a festival “Taste of Dorset”.

ANI story based on New York Daily’s report said that this boy who is an expert fisherman,has a girl friend Sophia.

The same report said Minnesota selects its leader in a drawing during the popular event.

“Campaigns don’t cost much in Dorset–just 1 dollar will get your name in the hat.

You don’t even have to live there. At one point, a 5-year-old from Chicago was running the town”,said the report..