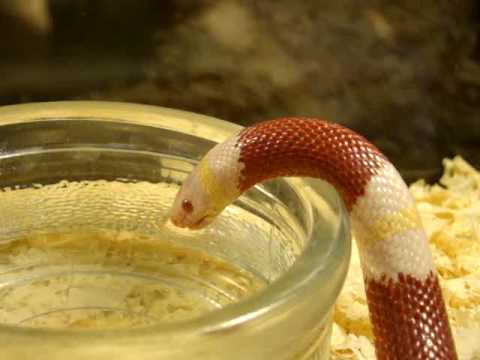 A tiny piece of information regarding snakes by Pooja Shah in the July issue of care4nature(E-magzine) inspired me to share some more myths on snakes in rural Rajasthan which I think to an extent justify to science and rurals as well.

Myths, may it be on anything, are never false but they are always time proven general observations around people & followed by the justifications of the innocent brains or sometimes created by shrewd quacks.

Snakes!!! after God unfortunately crowns the maximum number of myths amongst all immortals and living things, in my last 18 Yrs. of resquing, releasing & general social working on reptiles I came across many situations.For example, a road side welder once called me on the site & I saw a rare behavior of a cobra.

The welder and the labour around refused to work as the cobra used to surface a few minutes after the welder would start welding in the underground pipeline.

I was unable to help at that time.Now,I think,I know the reason. Infact the Arc welding rod leaves a long trail of red hot metal behind it, snakes depend upon their Thermal vision for food & the hot trail of metal must be giving an illusion of a smaller snake or amillipede or may be some other insect in the snakes menue.

Similar is the reason behind a common misbelief that the Ratsnake (Dhaman) suckles milk from the cow’s nipples& people are not lying when they say they have seen this, in fact this is another illusion of the thermal vision, the ratsnake confuses the nipple for a live rat & holds around it looking for the head of the rat as all reptiles eat their prey from the head first, the moment it realizes that its not a rat it simply leaves it, but why ratsnakes only do this? this is so as ratsnakes have a great ability to lift their bodies very high in comparison to the rest.

It is most commonly believed that snake charmers remove the teeth of the cobra as protection.But the truth is snake charmers or beggers to be precise are far more cruel than simple Defanging.

The heart touching fact is that the helpless cobra’shead is laid inverted on an upside down mud pot and then using a shaving blade an H shaped incision is made inside the mouth over the venom duct to expose it, then a small piece of the duct is cut off in order to delink the venom gland and the fangs, turmeric powder is then applied as a disinfectant.

Even if thecobra survives the trauma the results of this barefoot surgery are sad as the snake is unable to eat on its own and neither can it digest the force fed egg or minced meat, nothing on earth can stop the snake from dying due to starvation& in addition to this snake charmers stop giving water to their snakes months before the Naga festivals cos the snake has to perform in public the act of drinking milk while the starved reptile is actually drinking milk to satisfy the quench of water as it has no other options.

Well! Placing myths and the facts behind is endless, it is required that we wildlifers start sharing the responsibility to generate awareness to protect this innocent reptile, there are very simple things we can do like stop entertaining charmers on streets and ask others to follow, efforts are to be made by coordinating with NGOs dealing with beggers& ask them to add charmers in their targets & to help snake charmers find alternate means of living.

It is not a good idea to call a snake charmer or a local wildlife activist involved in snake resquing (like me) if in case a snake enters the house as the snake charmer will kill the cobra & if it some other snake apart cobra he will simply leave it next doors cos he will never bother to find the right place to release, where as the local wildlife activist is likely to release it in some forest adding to food pressure on regular basis, any how removing the snake or killing it is never a solution as a new snake will take its place uptill the food source (rat, frogs, insects, lizards, bird nests) is not removed so it is always better to shift the snake outside the house and explain to people the facts of their food chain and easy availability.

It is indeed very difficult to explain this to most of the people around because of the myths and fears but that is where we conservationists are required in the society. This reminds me of an instance where I made a Monitor Lizard (varanusbengalensis) bite my finger in order to explain to the villagers that it is not poisonous and to my surprise they started making fun of me saying ”We know you are not gonna die as you catch snakes, you’ve poison in you but we’ll surely die if this one bites any one of us” I felt very helpless indeed but continued to work. Today people of that village are far more aware about snakes than what they were at that time.