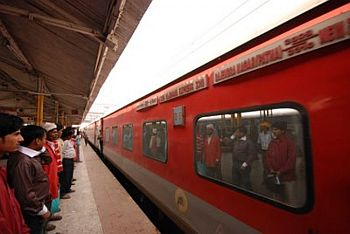 Right now,this train runs thrice a week on these routes.

“Last year while tabling the budget,Railway Minister had made an announcement in this regard.Due to the unavailability of the new rake,this announcement was hanging fire.But now since the new rake had been made available,the service will start next month”,says Ranchi Railway Divisonal Manager Arjun Majumdar.

Thenew service will start from New Delhi on July 1.

Now,since the Garib Rath was running on this route for two days a week,the passengers can avail of the express rail service for six days in a week.