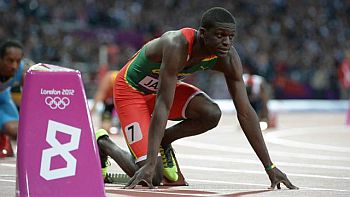 On Thursday,James won the 400 metres event at the Golden Spike Meet in Ostrava and broke his own record.

Reports said that “James charmed the jam packed audience by running to a new record of 44.49 seconds on the track where he was first noticed as a 400 m prodigy when he had completed as a 14

Earlier this Grenadian runner had chased down another outstanding quarter-miler’s achievement – the meet record of 44.70 set by Cuban Alberto Juantorena in 1976.