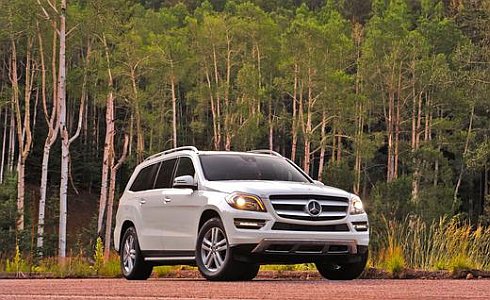 He is not alone holding this view after assembly operations commenced in India producing Mercedes-Benz GL-Class at the price of Rs 72.58 lakh (ex-showroom Pune).”I am thinking of buying it”,said another mine owner.

In fact,Mercedes-Benz India rolled out the locally assembled GL-Class from its Chakan plant in Maharashtra on Wednesday. Interestingly, the Mercedes-Benz GL 350 CDI BlueEfficiency assembled in India is the first ever second generation GL-Class to be assembled outside of Merc’s Tuscaloosa plant in USA.

Launched in India in May 2013, the refreshed Mercedes-Benz GL 350 CDI is powered by a 3.0 litre V6 diesel motor that generates 261PS of power and 619Nm of torque. The engine is mated to a seven-speed automatic gearbox which works with the powertrain to power the SUV from 0-100 km/h in 7.9 seconds. The launch edition was equipped with a few extra features and priced at Rs 77.5 lakh (ex-showroom Delhi).

Now,since it’s locally assembled,the 2013 Mercedes GL 350 CDI Blue Efficiency has been priced at Rs 72.58 lakh (ex-showroom Pune), which is a considerable Rs 4,92,000 lower than that of the launch edition.