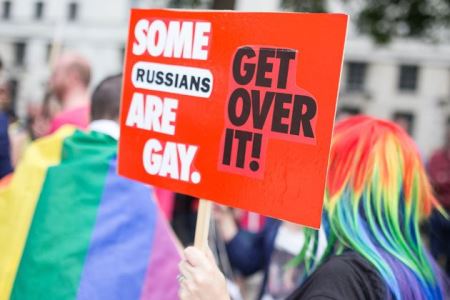 Russia is doing what many nations had not done yet-oppose gay rights.

There are umpteen cases showing the way Russian authorities were opposed to gay rights and they were out to enforce laws banning gay rights propaganda.

Toward the same end,they had threatened to prosecute Lady Gaga and Madonna for encouraging gay rights during their performances.

Now,they had denied  a visa to singer Selena Gomez who had to cancel her four shows in in Minsk, Belarus and Kiev, Ukraine this weekend and in St. Petersburg and Moscow next weekend.During these shows,she was to raise the voice for gay rights.