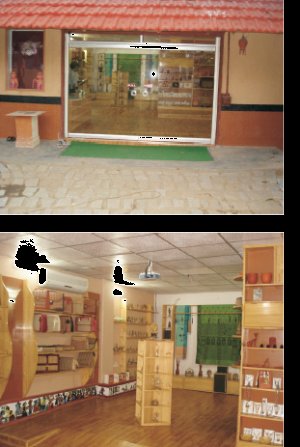 Amadubi may be a spec on the map of Jharkhand,but this village in Ghatshila block in East Singhbhum district is gearing up to attract the attention of the tourists.

Home to traditional Chitrakars(Painters),Amadubi boasts of an ancient form of painting called Pyatkar.The painters paint on scrolls made from leaves and barks of trees, relating the legends of the past, through a series of pictures.

Aware of it,the Jharkhand Tourism Department in league with NGO ‘Kalamandir- The Celluloid Chapter Art Foundation’-has decided to promote Amadubi in a big way.”In a bid to preserve the culture and tradition,and make it known to the world,we are going to promote rural tourism there”,says Director of Tourism, Sidharth Tripathy.

Apart from highlighting the traditional backdrop of this village of painters and artisans,the Department is encouraging the NGO to involve the local people in providing tourists with opportunity to experience rural life without tempering with environment.

As part to promote tourism,the NGO and the locals are planning to provide bullock cart taxi to tourists to move around in Amadubi.”The bullock cart will a decorated taxi to take the tourists around the village”,said Anjani Das,a resident of Ghatshila who was involved in promotion of this village of artists.