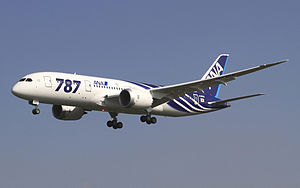 After ordering for 27 Boeing 787 Dreamliner aircrafts,the AI is set to make it fly from Delhi to Chennai on September 19.

Each of these 27 Dreamliners have high end features such as fuel efficiency,256 capacity seating arrangement and wide space for legs.

But the question is will these brand new aircrafts lift the sliding image of the Maharaja and increase revenue to the national carrier?

“Dreamliner would be a game changer as the cost of operation for this new aircraft is far much less than that of any other older aircraft of the company”,Air India CMD Rohit Nandan is quoted having said.

Though an identical view was expressed by Union Aviation Minister Ajit Singh,there are few aviation experts who believe that the induction of the Dreamliner will be a ‘game changer’.

They say the Air India is down with financial mess,over staff,indisipline,aging,lack of business plan and coordination at management and staff levels.”Unless these were plugged,the Maharaja may never recover from its ills”,said Sudhir Nag,a former executive of the AI.

Be that as it may,Air India has ordered 27 Dreamliner aircrafts.Five Dreamliners will be delivered by the end of this year.” Seven will be delivered next year, five in 2014, six in 2015 and three in 2016”,said an AI source. The first Dreamliner already inducted into the fleet of the Air India will make its maiden flight from Delhi to Chennai on Sep 19.