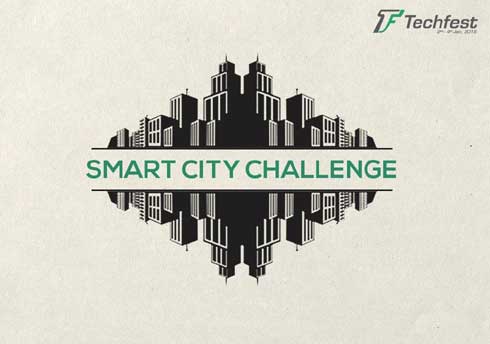 It is all about Techfest,IIT Bombay’s annual science and technology festival.It has been creating a visual spectacle year after year.

Today,it is well established as Asia’s Largest Science and Technology festival patronized by UNESCO, UNICEF, CEE and SAYEN with a footfall of more than 1,35,000 people comprising mainly of the youth from across the nation and an outreach of over 2,500 colleges across India and over 500 overseas.

The latest edition of Techfest is scheduled to be held in Mumbai between January 2 and January 4,2015.

On the lines of the vision of Prime Minister Narendra Modi’s its aim is to build 100 new Smart Cities in India, Techfest has launchedSmart City Challenge inviting participation from not just students from all the genres but professionals as well to contribute to making each city smarter in India. The competition is designed in a fashion to make a city efficient in all the ways possible under the guidance of an expert panel consisting of over 50 mentors including 6 IAS & IPS officers, professors from IITs & other reputed institutions,corporates and many other eminent Government officers.

The Competition requires participants to pick a genres among Infrastructure, Healthcare & Hygiene, Trade & Commerce, Law & Policy Making and Urban Aesthetics and produce a proposal to make their city efficient in that respective in that particular genre for grand incentive of Prize Money worth INR 5 Lakhs. The registration for deadline is 24th September, 2014.

A press release issued by Shubham Tibrewal,Media and marketing Coordination,Techfest2015 said “It would be really great if these events gets a chance to appear in your esteemed report covering the major highlights of the festival with the formal launch of the website. You have been instrumental in developing interest in student community regarding science and technology all these years, and I sincerely hope, you will help us out in making this edition successful yet again.”