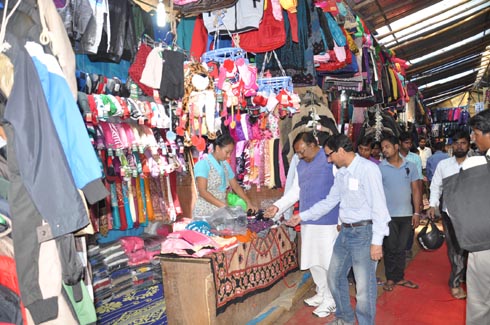 Come winter and men,women and children from Tibet land in Ranchi to sale woolen cloths.The scene is no different this year when Jharkhand capital witnessed the inauguration of Tibetan market on Friday.

On October 17,2007 was celebrated as a grand day in Tibet when its hero Dalai Lama was awarded with the US’s Congressanal Gold Medal.”This makes us remember it as a great day and as such we inaugurate the market on the same day in Ranchi”,said Damdul.

The Tibetan market comprising more than three dozen shops,each owned by a Tibetan who comes from different areas of Tibet and its adjoining areas sales modern woolen dresses for male,female and children.