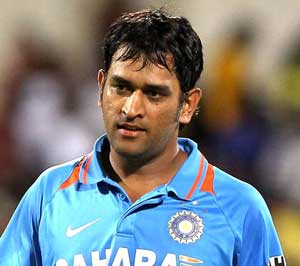 A 15-year-old Ranchi boy of St Michael’s School for Blind, Golu Kumar ,claims he can send Dhoni packing if given a chance to bowl.

This visually impaired teenager will be part of the Indian squad for  the ODI World Cup Cricket for Blind to be played in South Africa from November 24.

According to a report in Times of India, Kumar is a right arm bowler and made it to the 14-member Indian team for this year’s  tournament that is designed for partially and permanently visually impaired cricketers. He is the youngest player to be a part of the team and the only player from Jharkhand after Ravi Shastri of Jamshedpur, who was taken as a substitute player in 1998 but did not play a game.

The tournament is recognized by the world blind cricket council  and is participated by all the major Test playing nations that include Pakistan, Sri Lanka, Australia, England, South Africa, Bangladesh and the West Indies.