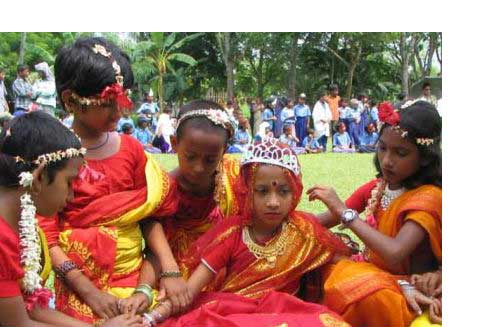 A commendable job done by a daughter of a cycle mechanic of Muri town in Jharkhand in preventing child marriage has reportedly given her a chance to go to New York to take part in a programme organised by international NGO Breakthrough on November 7. A teenage Tabbu Afroz will address people from across the globe and tell them about her efforts towards preventing child marriage in her home town and her family.

It is said her effort began when she was 15. Her elder sister, who was then 17, was forced to quit school to get married. Tabbu had heard about child marriage being an offence in various programmes organized by NGOs in her school and began convincing her parents and other family members to stop the marriage. When her request went unheard, she contacted an NGO with her teacher’s help and succeeded in saving her sister from child marriage.

Since then she has been working towards spreading awareness. She has been making people of her locality realize why it is important for girls to study and choose a career.

Tabbu’s father, Md. Ramzan is proud of his daughters. He says, in their community girls are not encouraged to pursue higher education and are married off at a very young age. Now that both his daughters are studying and thriving for a better life, he is thankful that Tabbu took the step to stop the marriage of his elder daughter.