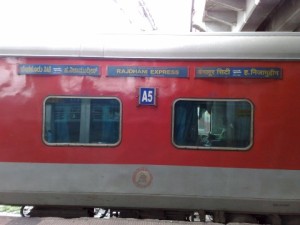 Seeing that trains were running late for very long hours due to fog in chilly winters, the rail administration has decided to provide free food to Rajdhani and Duronto Express passengers if these trains were delayed by more than two hours.

The Railway Board has issued this order keeping in mind the inconvenience caused to the passengers of the late running trains. Although food charges are included in the tickets of Rajdhani and Duronto, but earlier on being late passengers were not given extra breakfast and food.

“Now trains are running very late due to fog. So if Rajdhani and Duronto are delayed by more than two hours, passengers will be given free light refreshment, lunch and dinner,” said Yogesh Kumar, Manager IRCTC, Tatanagar